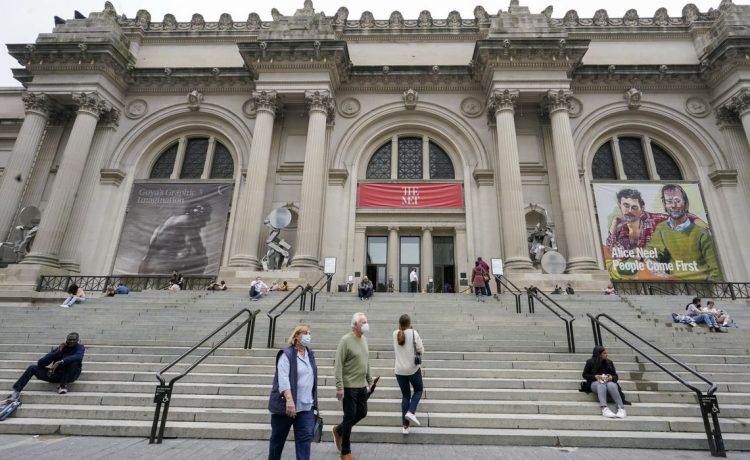 Curators have discovered that the Piet Mondrian painting “New York City 1”, currently displayed in a German museum, has been upside down for 75 years and will have to stay that way.

The painting, as currently displayed, shows a multicolored grid of lines with multiple thickened lines at the bottom. The abstract artwork is fashioned from black, blue, red and yellow adhesive tape.

The piece is meant to convey a skyline — which is what prompted curators to intuit that, over 75 years of being displayed, the artwork had been upside down.

“The thickening of the grid should be at the top, like a dark sky. Once I pointed it out to the other curators, we realized it was very obvious. I am 100% certain the picture is the wrong way around,” said Susanne Meyer-Büser, curator of the art collection of the German federal state of North Rhine-Westphalia, according to the Guardian.

The age of the adhesive tape used in the piece, however, means that “New York City 1” will have to stay upside down going forward.

“The adhesive tapes are already extremely loose and hanging by a thread. If you were to turn it upside down now, gravity would pull it into another direction. And it’s now part of the work’s story,” explained Ms. Meyer-Büser, according to the Guardian.

The error could date back to the piece’s original unboxing for the New York Museum of Modern Art in 1945.

“Was it a mistake when someone removed the work from its box? Was someone being sloppy when the work was in transit? It’s impossible to say,” Ms. Meyer-Büser said at a press conference announcing the collection’s upcoming Mondrian exhibition, according to art website Hyperallergic.