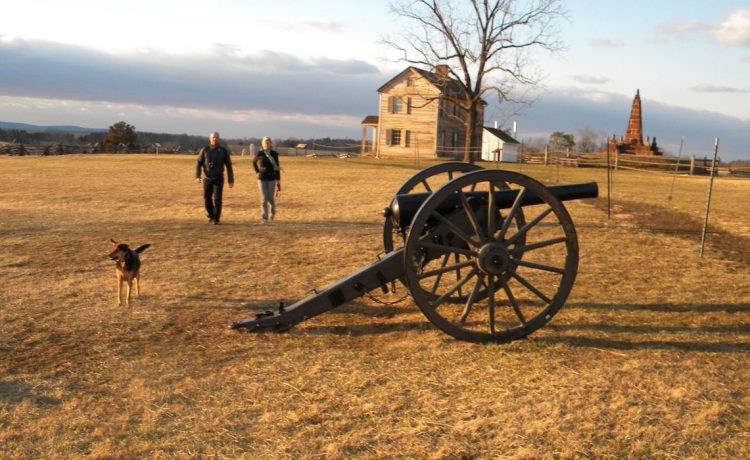 The county Board of Supervisors expects to vote on the PW Digital Gateway at a Tuesday night meeting that both sides say could stretch into Wednesday morning. The proposal would convert 2,139 acres of core battle sites, including 102 multi-acre residential properties, from agricultural and environmental resource land to a tech flex designation in the county’s comprehensive plan.

The Prince William County Historical Commission, Manassas Battlefield National Park and American Battlefield Trust have all come out against the proposed development along Pageland Lane in Gainesville.

“It is part of a battlefield, no question about it,” said Blaine Pearsall, who represents the Gainesville District on the commission. “The land is on the National Register of Historic Places and this proposal would completely destroy the battlefield map.”

On Oct. 11, the commission voted unanimously to send a letter to the board, affirming its opposition to the plan.

Historians say the land bordering the western side of the battlefield park includes unmarked graves, marked graves, and buried camp artifacts from the first and second battles of Bull Run. The National Park Service has never been able to acquire the properties from their owners.

All 102 landowners have signed agreements to sell their properties for a collective $2.1 billion in the event the project proceeds. Several did not respond to requests for comment.

Board approval would clear the way for Compass Datacenters to obtain rezoning and construction permits.

Beyond touting economic benefits, the Leesburg-based company has declined to say how much it will cost to develop the 27.6 million square feet of land in the narrow corridor between the battlefield park and Conroy Robinson State Forest.

Chris Curtis, senior vice president of development and acquisitions for Compass, said the company has committed to preserving any historical artifacts.

“The draft policies prepared by Prince William County staff include several recommendations on preserving and protecting identified cultural and historical resources in the corridor,” Mr. Curtis said in a statement emailed to The Washington Times.

“Compass anticipates incorporating whatever policies are adopted into its overall development plans as the project moves forward and appreciates the opportunity to invest in the County’s future while helping to preserve its history,” he added.

At a contentious meeting in September, the Prince William County Planning Commission voted 4-3 to recommend the project to the Board of Supervisors.

Supervisor Jeanine Lawson, a Republican representing the Brentsville District, said she’s expecting a split vote as she clashes Tuesday with Chair Ann B. Wheeler, a Democrat who supports the proposal.

“I’m hoping to defeat this disastrous project because it will forever change the landscape of Prince William County if it passes,” Ms. Lawson said Monday. “This is a project that is doomed for failure in the long run.”

Colesville Supervisor Yesli Vega, the Republican nominee for Virginia’s 7th Congressional District in the upcoming midterm elections, has also declared her opposition to the proposal.

The other supervisors, including Ms. Wheeler, did not respond to a request for comment.