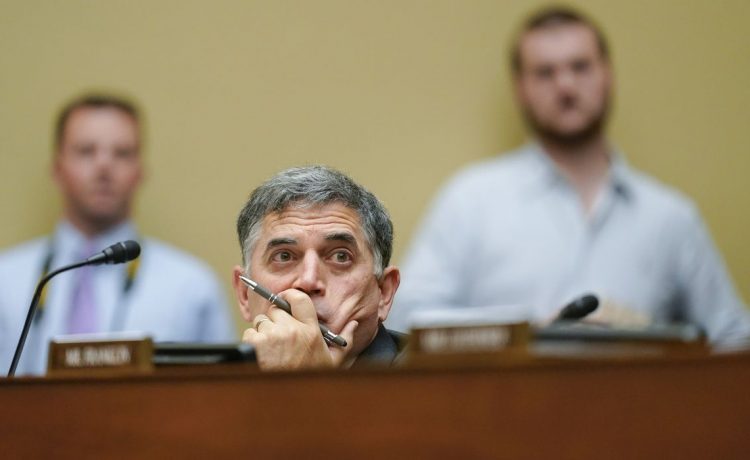 A House committee hearing on abortion restrictions took an unexpected turn Thursday when a Democratic witness who works for Planned Parenthood testified that men can get pregnant.

Dr. Bhavik Kumar, medical director for primary and trans care at Planned Parenthood Gulf Coast, replied in the affirmative after being asked by Rep. Andrew Clyde, Georgia Republican, if men could become pregnant.

Mr. Clyde sought clarification, asking, “So are you saying that a biological female who identifies as a man and therefore becomes pregnant is, quote, a man? Is that what you’re saying?”

Dr. Kumar pushed back, telling him such questions are “really missing the point” at a hearing about abortion, before affirming his response.

“Somebody with a uterus may have the capability of becoming pregnant, whether they’re a woman or a man,” Dr. Kumar said.

Mr. Clyde was unpersuaded. “Okay, we’re done. We’re done. This isn’t complicated. Let me tell you, if a person has a uterus and is born female, they are a woman,” he said.

Democrats have struggled with how to define men and women as the transgender movement seeks to redefine gender based on self-identification, leading to memorable comments at hearings such as then-Supreme Court nominee Ketanji Brown Jackson declaring in March that “I’m not a biologist.”

Mr. Clyde, an Iraq and Kuwait combat veteran who owns a firearms business, proceeded to give a biology lesson to Dr. Kumar, a board-certified family medicine physician.

“That is not a man, and the vast majority of the world considers that to be a woman because there are biological differences between men and women,” Mr. Clyde said. “I mean, clearly, any high school biology class teaches that men and women have different chromosomes. Females are XX chromosome and males are XY chromosome. I can’t believe it’s necessary to say this, but men cannot get pregnant and cannot give birth regardless of how they identify themselves.”

Planned Parenthood doctor and “Director for Primary and Trans Care” claims MEN can get PREGNANT.

The hearing, “Examining the Harm to Patients from Abortion Restrictions and the Threat of a National Abortion Ban,” saw Democrats rip Republicans for state restrictions on access while Republicans accused Democrats of pushing for unlimited abortion.

Dr. Kumar said that he had performed “likely thousands” of abortions, but Mr. Clyde questioned the Democrats’ decision to have him testify.

“Why in the world would Democrats have brought in a person whose title is director of trans care for an abortion hearing when only biological women can become pregnant?” asked Mr. Clyde.