Playing chess is a great way to see the world 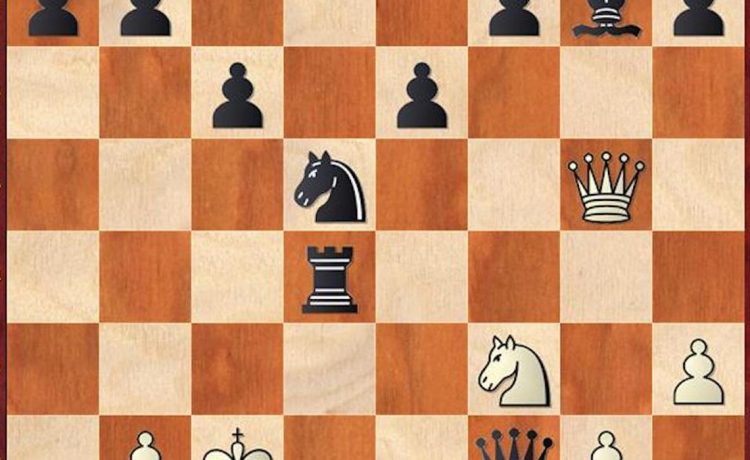 Chess is said to boost math skills and logical thinking, but our favorite game may work best as a tool for teaching geography.

With seemingly everyone and their spouse consumed these days with Worldle, the online, guess-the-country spinoff of Wordle, what better way to learn about the world than through the most globe-spanning game of them all? Yes, famous tournaments and championship matches have been played in New York, London and Vienna, but they have also been staged in Plovdiv, Bulgaria, Reykjavik, Iceland, and Cambridge Springs, Pennsylvania.

When chess aficionados travel to New Orleans, it’s typically not for the jazz or the cuisine, but to visit 417 Royal St., the longtime residence of pioneering American chess superstar Paul Morphy or to lay a flower at Morphy’s grave in St. Louis Cemetery No. 1.

In our imaginary “Chess Atlas of the World,” Khanty-Mansiysk, Russia, currently gets more attention than Moscow, Linares is a bigger deal than either Madrid or Barcelona in Spain, and St. Louis far outshines New York or Los Angeles as America’s premier city.

FIDE officials have just announced that the next world title match between Russian GM Ian Nepomniachtchi and Chinese GM Ding Liren, competing for the throne vacated by abdicating champion Magnus Carlsen of Norway, will be held in the new Kazakhstan capital of Astana. And just in the last few editions, the comprehensive “This Week in Chess” has covered tournaments in such places as Paracin (Serbia), Hatkanangale (India), Palmira (Colombia) and Scarborough, a suburb of Perth in western Australia.

Even professional cartographers might have trouble identifying the little Dutch seaside town of Wijk aan Zee, but it’s a place even the casual chess fan will know. In a chess-loving nation, Wijk aan Zee has been the host since the late 1930s for what is one of the strongest annual tournaments in the world, along with a much-followed companion tournament that typically features some of the most promising up-and-coming talent from every corner of the globe.

The 85th edition of what is now called the Tata Steel Masters Tournament in Wijk is only halfway through but has already produced a remarkable event: two consecutive losses over the board by Carlsen, an eight-time winner of the event, the first back-to-back losses for the world champ in tournament play in eight years.

Local hero GM Anish Giri of the Netherlands upset Carlsen in last week’s Round 4, only his second win over the Norwegian in classical chess, the first coming in 2008. Rising Uzbek superstar Nodirbek Abdusattorov followed up with a fine win with Black over the champ a round later in a long, tricky queen-and-pawn ending.

Now that he soon will no longer have a crown to defend, Carlsen appears to have shifted to a more adventurous, not to say risky, brand of chess. He can pull it off against most players, but Giri here proves a different story.

Carlsen bounced back from his two losses with impressive wins over Hungarian GM Richard Rapport and American star GM Fabiano Caruana, but Abdusattorov is setting a blistering pace at 6-2 with four rounds to go, a full point ahead of Giri and U.S. GM Wesley So. We’ll have a full wrap-up of the action next week.

The global appeal of chess means there’s a wealth of great (or at least greatly entertaining) games to pick from every week from every corner of the globe. Case in point — the recent back-and-forth battle between two Bangladeshi experts we stumbled over from last month’s national championship tournament in Dhaka.

In a Queen’s Gambit Accepted, the engines say Black’s ambitious 9. e4 Bxe4? shouldn’t really work, as White has time to build a defense for his flushed-out king. Still, you have to admire the chutzpah behind the move and by 19. Rd1 Rhd8, Black’s army is fully deployed and provides the makings for a real attack.