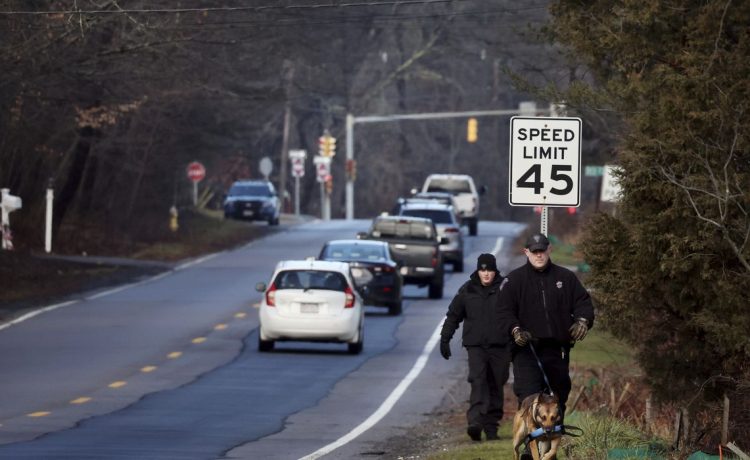 The husband of a missing Massachusetts woman was arrested Sunday for misleading a police investigation, according to authorities.

Cohasset and Massachusetts State Police took Brian Walshe, 46, into custody, less than a week after his wife Ana Walshe was first reported missing and police began looking into her whereabouts.

“During the course of that investigation, police developed probable cause to believe that her husband Brian Walshe had committed the crime of misleading police investigators,” the Norfolk district attorney said in a statement.

Mr. Walshe is being arraigned in Quincy District Court on Monday. The DA’s office said that “additional facts may or may not be entered into the record at this time.”

Photos of Mr. Walshe taken by WCVB-TV on Monday showed him smiling after being led out of the Cohasset police station to the Quincy District Court.

Ana Walshe, 39, was last seen shortly after midnight on New Year’s Day, according to police.

Authorities said last Friday that she left her Cohasset home in a rideshare to go to Boston’s Logan Airport and catch a flight to Washington, D.C., for work, but police also said that they haven’t been able to confirm that she booked a rideshare or a flight to D.C. for Jan. 1.

She was, however, scheduled to fly from Boston to D.C. on Jan. 3.

Ms. Walshe has left no electronic footprint, as police said her phone has been turned off since the new year.

She was last seen by an unnamed family member around 4 a.m. on Jan. 1 when she left her home. Her husband was sleeping at the time she left the house.

Massachusetts police called off the ground search for Ms. Walshe on Saturday.

Police in D.C. have also not been able to spot Ms. Walshe, who works for the real estate company Tishman Speyer.

Cohasset police said that Ms. Walshe, a mother of three, is 5‘2″ and weighs 115 pounds. She has brown hair, brown eyes and an olive complexion, and it’s believed that she speaks with an Eastern European accent.