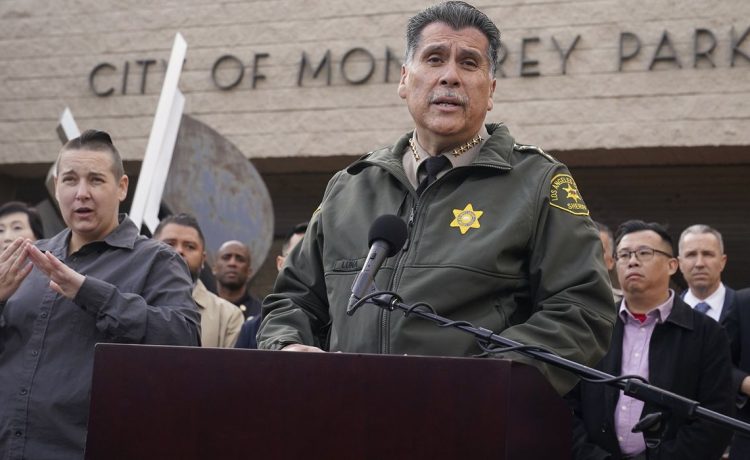 Police have surrounded a man sitting inside a white van Sunday, saying that the driver was responsible for the shooting that killed 10 and injured another 10 following a Lunar New Year celebration in the Los Angeles area.

The cargo van is currently boxed in by multiple SWAT vehicles at a parking lot in Torrance, according to Los Angeles County Sheriff Robert Luna.

A larger police presence is creating a perimeter around the scene.

#911
Police in Torrance, California, have surrounded a white van. They believe the mass shooting suspect in Monterey park is inside the van.pic.twitter.com/MWwRCW1s3z

Earlier Sunday, Sheriff Luna gave the first description of the suspect — an Asian male between the ages of 30 and 50 — from Saturday night’s shooting at Star Ballroom Dance Studio in Monterey Park.

“It’s taken us a while and please be patient with us because as we are interviewing witnesses and victims we’ve gotten different descriptions of one suspect,” Sheriff Luna said during the early press conference Sunday.

The shooter started his rampage around 10:30 p.m. at the ballroom dance club in the largely Asian-American city about 10 miles south of downtown Los Angeles.

Five men and five women were killed in what was the nation’s largest mass shooting since last May when a gunman killed 21 people — including 19 children — at an elementary school in Uvalde, Texas.

The nightclub-shooting suspect was not arrested at the scene, sparking a city-wide manhunt for the shooter.

About 20 to 30 minutes after the shooting at the Star Ballroom, law enforcement officials said that a man with a gun went inside the Lai Lai Ballroom in nearby Alhambra, according to KTTV, the local Fox affiliate in Los Angeles.

Sheriff Luna said that people there were able to disarm the suspect by wrestling a weapon away from him.

The sheriff didn’t say whether the two incidents were related, but authorities were still exploring Sunday to see if they were connected.