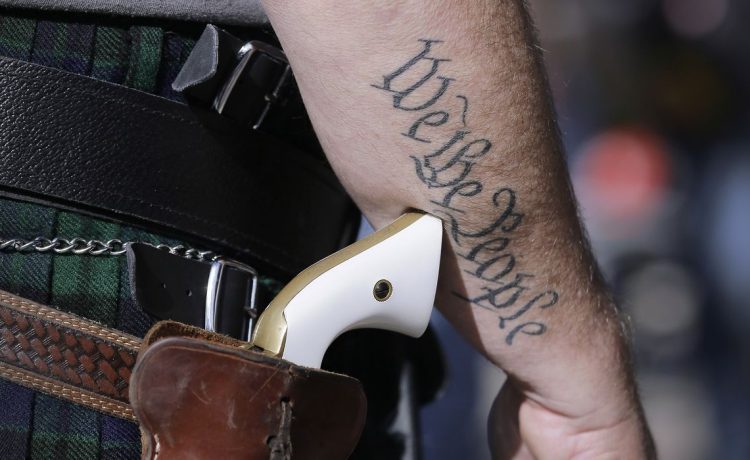 The male customer who is suspected of shooting and killing an armed robber at a Houston taqueria has decided to speak with police.

Houston police told KTRK-TV on Sunday that an attorney is making arrangements for the person of interest to speak with investigators.

Police originally put out a public notice Friday that said the man was wanted for questioning and that he is “not charged at this time.”

The customer was one of the victims of a holdup at The Ranchito #4 in southwest Houston late Thursday night.

In surveillance video from the robbery that has circulated on social media, a robber is seen brandishing a firearm as he collects property from customers in the restaurant.

Full clip with audio of self defense shooting in Houston robberypic.twitter.com/SGj2dq20mj

The customer returned the property to the other customers and left the scene in a 1970s or 1980s pickup truck without a bed.

Police said that the robber was wearing a mask, gloves and was carrying a fake gun, likely an airsoft or BB pistol.

Nathan Beedle, who works with the Harris County District Attorney’s Office, said Texas law allows for deadly force to be used in instances of aggravated robbery.

“I can point you exactly where it is in the law,  9.31 and 9.32 of the penal code,” Mr. Beedle told KHOU. He later said, “Whether someone uses deadly force in the situation, that is presumed to be correct under Texas law.”