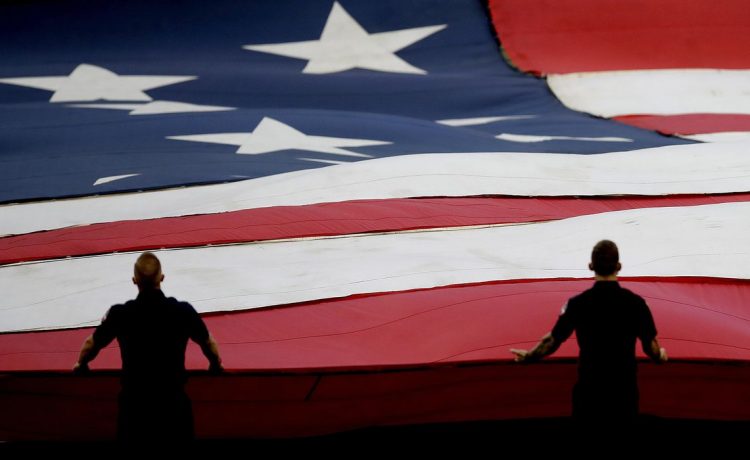 Most Americans recall the patriotism and spirit of unity that arose from the ashes of the 9/11 terror attacks, but young adults, Democrats and Muslims hold more negative views about the aftermath, according to a new poll.

Nearly three-quarters of adults (73%) regardless of political background remember “Americans being united” immediately after the 2001 attacks on the Pentagon and the World Trade Center, the nonprofit research group More in Common and polling firm YouGov reported Tuesday.

Sixty-three percent of Democrats and 63% of Republicans recall politicians working together in response to the attacks, according to the survey.

However, only 22% of millennials and 21% of Generation Z adults describe the U.S. as “united” after the attacks, compared to more than half of senior Americans.

What’s more, most Democrats and Republicans say “never forget” refers to victims, their families and the sacrifices of first responders, but millennials and Generation Z adults are more likely to say they “don’t know” what the phrase means.

“After 21 years, 9/11 remains a consequential event in Americans’ collective memory, but we see it receding into history for younger Americans,” said Dan Vallone, executive director of More in Common U.S.

The poll also found that 63% of millennials, 73% of Democrats and 71% of Muslim Americans associate the period after the attacks with “mistreatment of Muslim Americans.” About 57% of baby boomers, 52% of independents and 48% of Republicans say the same.

Sunday marks the anniversary of the attacks, in which Al Qaeda terrorists hijacked four airliners and crashed them into both towers of the World Trade Center and the Pentagon. Passengers fought against the terrorists on the fourth airliner, which crashed in a field near Shanksville, Pennsylvania.

Most respondents to the poll said the 9/11 attacks “changed their lives,” with baby boomers the most likely to express the sentiment.

More than 8 in 10 Americans say fears of terrorism and heightened security measures marked the fallout from the attacks, and 70% remember going to war in Iraq and Afghanistan.

However, Muslim Americans were likelier to use the word “Islamophobic” than any other phrase to describe the aftermath of 9/11, with 39% doing so. By comparison, 19% of all adults nationally called the period Islamophobic.

The poll also found that 68% of Muslim Americans feel “proud to be an American” — about the same as Hispanics and millennials but below the national average of 76%.

According to the poll, Asian Americans (62%) and Generation Z adults (56%) are also less likely than the national average to express pride in their national identity.

By comparison, 80% of White Americans, 86% of baby boomers, 93% of the Silent Generation and 95% of Republicans say they are “proud to be American.”

The executive director of More in Common U.S. noted that about 1 in 4 Americans were born after the attacks — “and that number is set to grow to over half the population in 20 years.”

“How we discuss 9/11 today will shape how future generations understand and pass down these memories,” Mr. Vallone said.