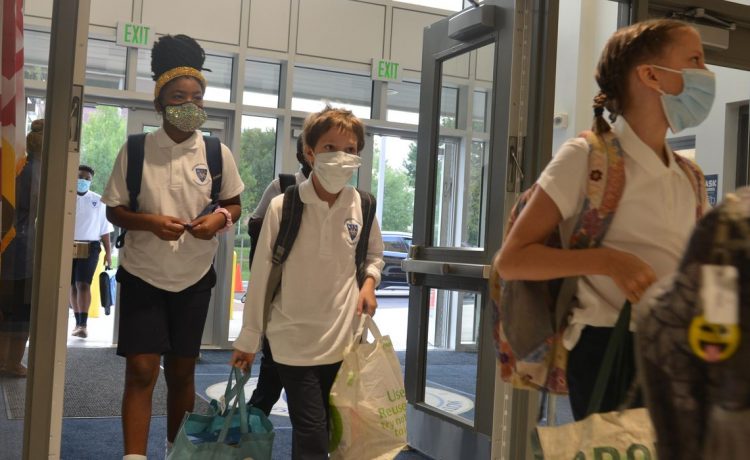 A bumper crop of recent polls is finding surging numbers of parents want the right to choose the school for their children as they seek alternatives to public education after the COVID-19 pandemic.

On Wednesday, the Harris Poll and the National Alliance for Public Charter Schools reported that 86% of parents want options beyond the traditional public schools their children are zoned to attend.

The national survey of 5,002 parents found that more than one in five had pulled their children out of local districts during the pandemic, when school districts across the country shut down and most instruction was conducted online. The pandemic struggles are having a political impact as well, critics of the dominant role held by public schools say.

“This report shows education has increased dramatically in importance as a voting issue to parents,” said Nina Rees, president of the alliance.

Nathaniel Grossman, a former D.C. elementary school teacher and now a program associate at the Thomas B. Fordham Institute, wrote recently that “families are now voting with their feet and abandoning the public school system to seek better circumstances in private schools.”

“In a seismic shift unthinkable just a few years ago, recent polls suggest that the public trusts Republicans on education issues more than Democrats — the party most closely aligned with teachers unions,” he noted.

In a June poll, Beck Research and the American Federation for Children found that 67% of likely voters support having the freedom to use tax dollars to send children to the public or private school of their choice — a 4% increase from the same poll in 2018.

“The message to educators and elected officials could hardly be clearer: Too many public schools are failing, parents are voting with their feet, and urgent and bold action is needed,” Mr. Bloomberg wrote.

The National Catholic Educational Association reported that enrollment in U.S. Catholic schools increased by 62,000 to about 1.68 million students last year — the first annual increase in two decades and the biggest in 50 years of recorded data.

Although more Republicans than Democrats support school choice, parental dissatisfaction with public schools has swelled even in deep-blue states.

A June poll found that only 16.6% of Oregon likely voters believe K-12 public schools in the state are on the “right track.” Another 55.5% said they were heading in the “wrong direction” and the remaining 28.1% were either unsure or refused to answer the question.

The growing unhappiness with public schools comes amid reports of widespread academic decline during pandemic shutdowns.

In May, a Harvard University report on testing data from 2.1 million students in 10,000 schools found that high-poverty, multicultural public schools spent more weeks in remote instruction during 2020-21 and suffered the sharpest drops in math and reading scores.

Thomas Kane, a Harvard economics and education professor who directed the study, said schools in high-poverty areas that stayed remote for more than half of 2021 lost “about half of a school year’s worth of typical achievement growth.”

Alleigh Marre, president of the advocacy group Free to Learn, says many parents have grown frustrated with the focus of public schools on pandemic-era politics rather than performance.

“Even before the pandemic, the nation’s report card showed that American students were falling behind the rest of the world in core subjects,” Ms. Marre said. “It’s going to take a lot more than open-ended government spending programs to ensure student success.”