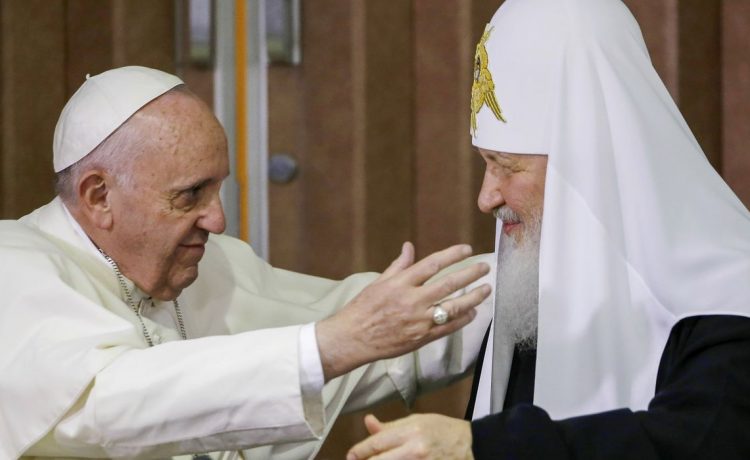 According to an RIA Novosti news agency report, Metropolitan Anthony of Volokolamsk said the cleric will not lead the Russian Orthodox delegation to the VII Congress of Leaders of World and Traditional Religions, to be held in Kazakhstan on Sept. 14 and 15.

As such, the Russian Orthodox leader has “no plans” to meet with Pope Francis on the sidelines of that event.

A dialogue between the two religious leaders, which would have happened nearly seven months into the Russian invasion of Ukraine, was seen by observers as a possible way to move both sides toward peace.

Francis has been vocal in his condemnation of the Ukraine war, but has skirted direct criticism of the Russian Federation and its leader, Vladimir Putin.

Patriarch Kirill has been criticized for close ties to Putin, and some in the Orthodox community have appealed to Ecumenical Patriarch Bartholomew of Constantinople, to condemn the Russian church head “for heresy and schism,” the German newspaper Tagespost reported in late July.