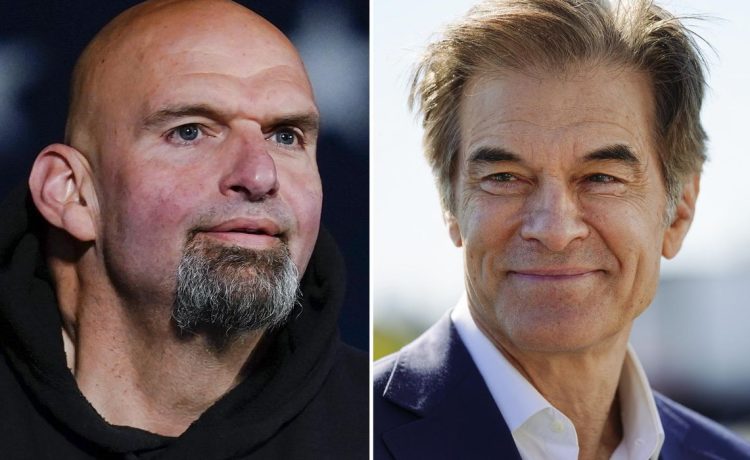 The fate of the Senate remained in limbo late Tuesday night as election workers counted ballots to settle hard-fought matchups in swing states.

Close races in Pennsylvania and Nevada, considered critical toss-up contests, had not been fully tallied Tuesday night. What’s more, legal challenges were brewing in Pennsylvania, where Democrats are battling to include mail-in ballots that lack a correctly written date.

In Georgia’s Senate race, votes were still being counted. It is possible that neither Democratic incumbent Raphael Warnock nor Republican challenger Herschel Walker will be able to secure the absolute majority needed to win Tuesday. That means the two could face a runoff on Dec. 6.

The unfinished vote counting and Georgia’s runoff mean the two parties likely will have to wait to find out who will control the chamber in January.

Republicans secured an easy win in Florida, where incumbent Sen. Marco Rubio easily defeated Democratic Rep. Val Demings. Mr. Rubio was on track for about a 15-point victory over Ms. Demings, who Democrats once hoped would be able to flip the seat by running on her tenure as chief of police in Orlando.

Democrats took over the Senate in January 2021 by winning two special elections in Georgia that produced a 50-50 chamber with Vice President Kamala Harris’ tie-breaking vote.

Senate Republicans are hoping President Biden’s low approval ratings, high inflation and fuel costs, as well as concerns over rising crime and illegal immigration, will push GOP candidates to victories in several swing states and give them control of the Senate gavel once again.

In Nevada, Sen. Catherine Cortez Masto, a Democrat, battled GOP challenger Adam Laxalt, who sought to deny her a second term by attacking her on high gasoline prices and her party’s immigration policies.

Pennsylvania’s Senate seat was left open from the retirement of Republican Sen. Patrick J. Toomey, and the GOP has been fighting to keep it. Republican Mehmet Oz, a celebrity doctor, had been tied in the polls with Democrat John Fetterman, the lieutenant governor whose stroke in May has raised questions about his ability to serve.

Democrats this election struggled to find a campaign message that resonated with voters, choosing to focus on the Supreme Court ruling in June that overturned the 1973 Roe v. Wade decision, which legalized abortion nationwide.

The Democrats attacked Republicans as extremists who would ban abortion with no exceptions and curtail other reproductive rights. Led by Mr. Biden, Democrats also labeled “MAGA Republicans” as a danger to democracy.

But polls showed voters were more concerned about grocery and gas prices, paying their heating bills, and stopping crime in their neighborhoods.

No matter which party wins control of the Senate, there is little that lawmakers can pass that will become law in the next two years.

The near-certain GOP takeover of the House means divided government will return to Washington and big partisan policy bills, such as the Democrats’ “Build Back Better” legislation or the “Inflation Reduction Act” signed into law this year, will be blocked. Any partisan bill a Republican-led Congress passes faces an almost certain veto by Mr. Biden that will equally certainly not be overridden.

Democrats sought to make their path to victory in November easier by meddling in Republican primaries, pumping money into swing-state candidates endorsed by former President Donald Trump in the hope that they would be too extreme for the general electorate.

Senate Majority PAC, a group aligned with Senate Democratic leader Charles E. Schumer, spent $3.2 million on ads to help retired Gen. Don Bolduc, a Trump-backed conservative, in the New Hampshire GOP Senate primary. Mr. Bolduc won the race and had caught up to Democratic incumbent Sen. Maggie Hassan in the polls in the days leading up to the election.