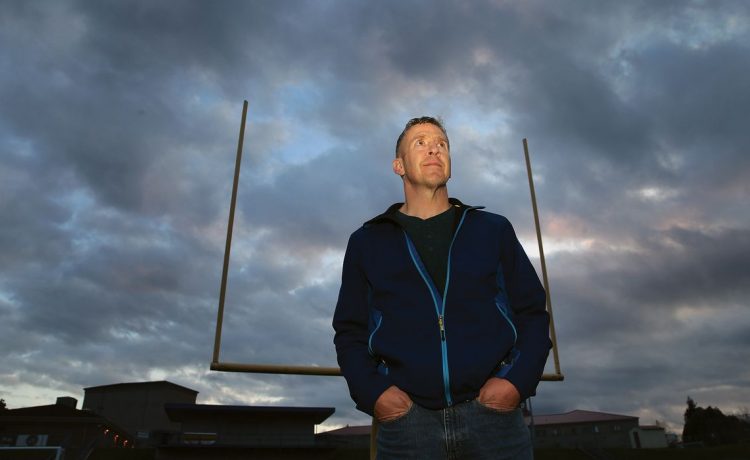 The high school football coach who lost his job for praying on the 50-yard line after games will return to the field and the school in March, a federal judge ordered on Thursday.

The ruling comes after the Supreme Court said in June that the school violated coach Joseph Kennedy’s First Amendment rights.

According to the three-page order, Mr. Kennedy will return to the school March 15. His lawyers can file for attorneys’ fees from the district within 60 days.

A spokesperson from the school did not immediately respond to a request for comment. However, the district’s website noted on Oct. 25 that they were working to facilitate Mr. Kennedy’s return.

Mr. Kennedy fought a seven-year legal battle to get his job back after being ousted for praying after the games.

The Supreme Court ruled 6-3 for the public high school coach, who was put on leave after he prayed. The court’s conservative majority said in Kennedy v. Bremerton School District that the government can’t punish someone for personal, private religious expression.

Justice Neil M. Gorsuch said Mr. Kennedy, who coached at a school in Bremerton, proved his postgame prayer was private and no students were forced to join him.

The school district had ousted him, saying his role as an employee and the public setting drifted too far into state sponsorship of religion, making some students and parents uncomfortable.

“The Constitution and the best of our traditions counsel mutual respect and tolerance, not censorship and suppression, for religious and nonreligious views alike,” he wrote for the majority.

Mr. Kennedy said he made a vow to God to pray for his students after each football game, starting in 2008.

He initially prayed alone, but he said some students took notice and asked whether they could join. He began to deliver motivational speeches with prayer, though he said he never coerced anyone to participate.

In 2015, his superintendent told him to stop the practice, saying he was violating the district’s religious activities policy.

After the admonishment, Mr. Kennedy began to conduct short, solo prayers at the end of games while the players were supposed to be doing something else. The school said that still was out of bounds, and Mr. Kennedy was suspended.

Mr. Kennedy moved to Florida after being fired but has said he would return to Bremerton, a town near Seattle, should he win his case.

“Thank God and thank everybody that supported me, and I found out that I’m not insane. It’s absolutely true of all the facts of the case, and it just feels good to know that the First Amendment is alive and well,” he said after his high court win.