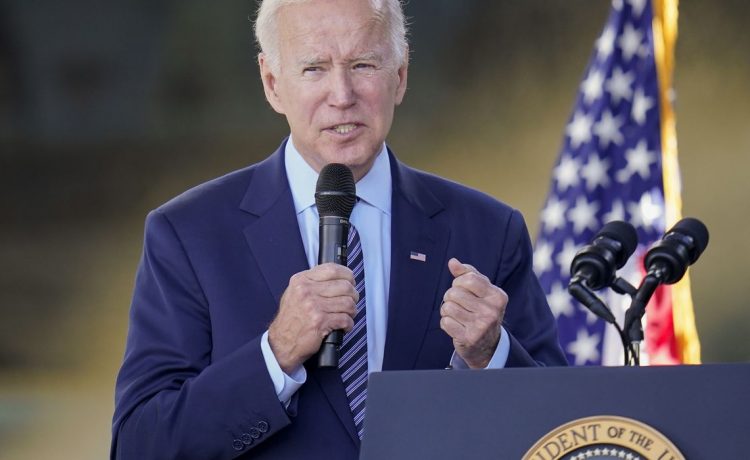 President Biden made a bold prediction: Democrats will defy polls and political prognosticators with big wins in midterm elections on Tuesday.

In fact, Mr. Biden was so confident of the Democrats’ success that he declared his party will keep the House and expand its majority in the Senate.

“We’re going to win this time. I feel really good about our chances,” he told reporters Friday before boarding Air Force One to head to Chicago for a campaign rally. “I think we are going to keep the Senate, pick up a seat. I think we have a chance of winning the House. I don’t think we’re going to not win. We are keeping the House. So I’m optimistic. I really am.”

When asked why he was so certain about a Democratic victory, Mr. Biden said his party’s candidates were getting good crowds at campaign events. He also accused the media of downplaying Democratic voter enthusiasm.

“We have pretty good crowds. Fairly enthusiastic. You don’t write it that way, but they are,” Mr. Biden said.

Democrats hope to hold their majorities in both chambers of Congress for the final two years of Biden’s first term. The party is clinging to a razor-thin majority in the House. Democrats control the Senate, that’s split 50-50 between the parties thanks to Vice President Kamala Harris’ tie-breaking vote.

The polls have recently favored Republicans as concerns over the economy have eclipsed abortion. A New York Times/Siena College poll released Monday found voters favor Republican control of Congress by a margin of 4 percentage points.

A recent CNN poll found that Republicans top Democrats on a generic ballot asking voters which party’s candidate they would support in their own House District. Republicans were favored 51% to 47%.