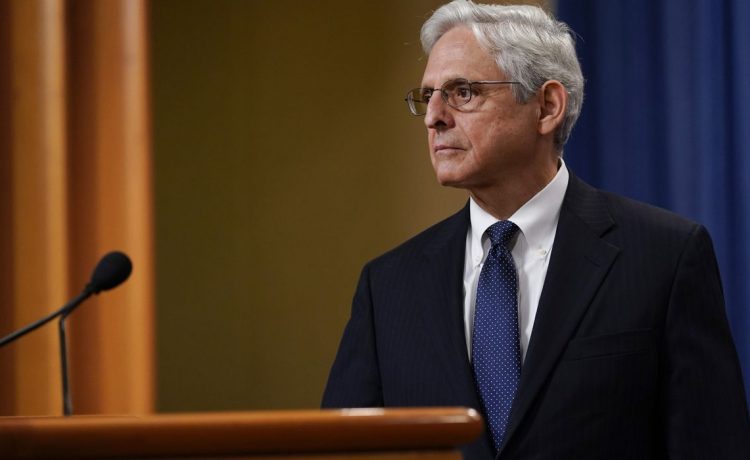 A week after the FBI’s unprecedented raid of former President Donald Trump’s Mar-a-Lago home, Democrats and other Trump foes are clamoring for the Department of Justice to go even further and lock ‘em up.

They want criminal charges filed against the former president and his close associates that would lead to their arrests and the banishment of Mr. Trump from future public office.

Legal experts and former prosecutors say it will be up to Attorney General Merrick Garland to decide whether to seek charges against the former president by presenting a case to a grand jury.

Some view the surprise raid on Mr. Trump’s home in Palm Beach, Florida, as an indication Mr. Garland is accelerating a case to charge Mr. Trump for wrongfully taking classified and top secret material from the White House.

“We should know in a matter of days or weeks,” Neama Rahmani, a former federal prosecutor and president of West Coast Trial Lawyers, told The Washington Times. “You don’t wait around months or years if you’re gonna move forward with the prosecution.”

The ant-Trump faction is clamoring for Mr. Garland to prosecute the former president, who some foes believe took the classified documents for nefarious purposes.

“DOJ should fully investigate, and charge accountable individuals, up to and including Donald J. Trump,” Rep. Elaine Luria, a Virginia Democrat, said. “In the United States of America, no one is above the law.”

“He has to be indicted, or Merrick Garland has to resign,” Mr. Jennings said.

The warrant justifying the Aug. 8 search of Mr. Trump’s residence and offices at the private Mar-a-Lago club, including Melania Trump’s wardrobe closet, cited three statutes the former president may have violated under the Espionage Act, a federal law barring the unauthorized retention of national security information that could benefit a foreign adversary or harm the U.S. All three are felonies.

The warrant referred to a law prohibiting “gathering, transmitting or losing defense information,” which is punishable by a prison sentence of up to ten years.

A second statute listed on the warrant carries a three-year prison sentence for anyone who “willfully and unlawfully conceals, removes, mutilates, obliterates, or destroys, or attempts to do so, or, with intent to do so takes and carries away any record, proceeding, map, book, paper, document, or other thing.”

Anyone convicted of the charge “shall forfeit his office and be disqualified from holding any office under the United States.”

The warrant also cited a law banning the destruction, mutilation or concealment of records or documents belonging to the government, punishable by up to 20 years in prison.

Democrats and Trump opponents seized on the third charge, arguing it would disqualify Mr. Trump from running for president in 2024, or at the very least, tie up his candidacy with drawn-out court battles against those who say he should not be on the ballot.

Constitutional scholars rejected the idea that Mr. Trump would be prevented from running because a statute can’t alter the qualifications listed in the constitution for presidential candidates.

But his opponents would almost certainly try to block him from the ballot.

“The idea that a candidate would have to litigate this during a campaign is in my view a blockbuster in American politics,” Marc Elias, a top lawyer for the Democrats, tweeted.

In addition to the FBI seizure of records from Mar-a-Lago, the federal government is also ramping up a separate investigation into the former president’s actions leading up to the Jan. 6, 2021, riot at the Capitol, and whether Mr. Trump tried to interfere with the certification of the presidential election results and President Biden’s victory.

Other Republicans could be swept up in criminal charges, including GOP lawmakers and top aides who met with Mr. Trump to discuss strategies for examining election irregularities.

While the Jan. 6 case may be less concrete in leading to a charge against Mr. Trump, legal experts said the FBI raid of Mar-a-Lago provides immediate proof of a crime by the former president.

The FBI said it seized top-secret and classified material among the boxes taken from Mar-a-Lago.

Mr. Trump said he was authorized to have the documents and had declassified the material under his authority as president, before leaving office. Legal experts have disputed his argument.

“There’s definitely a case to be made,” Mr. Rahmani said. “Crimes have been committed by the former president. But it requires both a crime and a prosecutor who’s willing to charge the crime. If you asked me weeks ago, I would say there’s probably little chance that Merrick Garland is that prosecutor, I just didn’t think he had the stomach for it.”

And then came the unprecedented raid of Mar-a-Lago.

Mike Davis, a former law clerk for Supreme Court Justice Neil Gorsuch and founder and president of the conservative Article III Project, said he believes the FBI raided Trump’s residence and offices because the Jan. 6 probe has failed to produce the incriminating evidence despite weeks of public hearings in the House and the Justice Department investigation.

“They have been pursuing this for 18 months and they have nothing,” he said.

Mr. Davis predicted that the Justice Department will charge the former president over the classified material found in his residence, even though Mr. Trump said he was authorized to declassify the documents before leaving office.

Kenneth Gray, a retired FBI agent who now teaches at the University of New Haven, said both Mr. Garland and FBI Director Christopher Wray are under tremendous pressure to deliver results from the Mar-a-Lago search. But the warrant must justify the arrest, or the situation could develop into an even bigger political firestorm, he said.

“Doing an arrest and not having the evidence to make the case will be a total disaster,” Mr. Gray said. “The FBI and Justice Department are between a rock and hard place. There is a lot of pressure to have something come of this but if they don’t have the goods to make an arrest, they can’t make an arrest.”

Mr. Davis and other Republicans have warned that charging Mr. Trump with a crime will only bolster his popularity with his base.

Dozens of Trump supporters have been camped out on the causeway leading to Mar-a-Lago. And the FBI is investigating why a man tried to break into the FBI’s Cincinnati office before police shot him to death amid increased threats against the bureau following the raid.

On Monday, Mr. Trump told Fox News Digital he has offered the Justice Department to “do whatever I can to help the country” to lower the anger among his supporters over the FBI’s raid of his Florida home.

He said he has “not heard yet” from Justice Department officials whether they will accept his offer.

• Jeff Mordock contributed to this report.