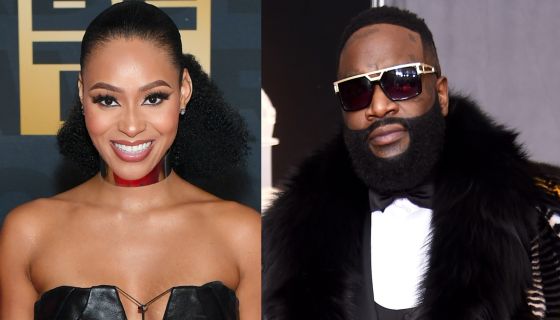 Pretty Vee and the biggest bawse?? 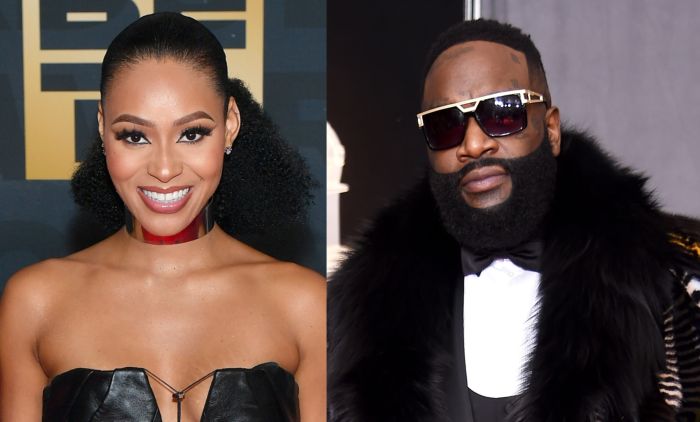 In the now viral clip, the ‘Wild ‘n Out’ star blushes while explaining her attraction to the biggest bawse who’s known to get the ladies swooning.

“Rumor has it that you’re dating a boss, some say the biggest boss that you’ve seen thus far,” said co-host Akilah prompting an “Uh huh!” from Vee who seemingly confirmed their coupledom before sharing what attracted her to him.

“Yeah it’s the boss,” she said. “It’s the boss in him. I like guys who lead. So when you’re a leader you can step to me, you know? But again, when it comes down to Ross, Ross is the type of person who you look at and you just admire, you’re inspired by — like I want to do what you’re doing, so teach me.”

“In the backend I’m actually a student to the game as well,” she addded. “So I mean yeah, if you wanna say that, then that’s what it is.”

You may recall Ross getting flirty with Vee while she was covering the red carpet at this year’s BET Awards but it wasn’t clear if they were actually boo’d up or not.

Before that, the pair starred in a Luc Belaire promo campaign where they showered each other with love while engaging in ‘Boss Talk.’

“The devotions you send me every morning, baby they mean so much,” said Ross. “They so powerful, they so positive—it brings so much light and that’s why I want to make it clear before we go any further—your success… this is just the beginning, adding, “baby keep winning and don’t stop. You’re a gift.”

Are you here for Pretty Vee and Ricky Rawse’s baeship? Tell us down below and peep the Twitter hysteria over the romantic plot twist on the flip.