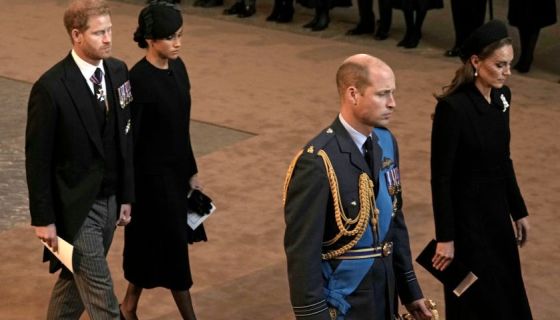 Prince Harry is not shying away from airing out his family issues in his new Netflix series, Harry & Meghan, and now, it looks like he’s spilling even more tea in his memoir. 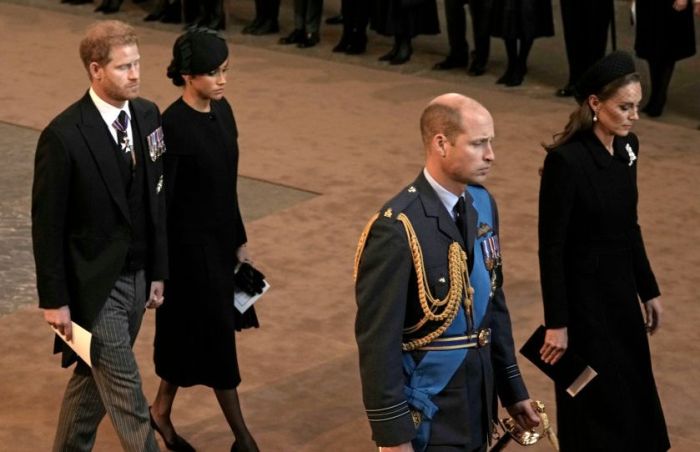 According to reports from Page Six, sources say Prince Harry puts some of the blame for his Nazi uniform scandal on his brother, Prince William, and sister-in-law, Kate Middleton.

Harry was 20 years old when the Sun newspaper published photo of Harry, on their front-page, dressed as a Nazi soldier with a red armband emblazoned with a big swastika. In his new memoir, the Duke of Sussex will reportedly claim the Prince and Princess of Wales “howled with laughter” when they saw him dressed up for the 2005 party.

The now-infamous picture of Harry was snapped at a costume party with a “Native and Colonial” theme, where William was also a guest and dressed in a lion outfit.

In one segment of the book, obtained by Page Six, Harry writes about choosing the outfit, where he reveals that it was a toss-up between two costumes: a pilot or a Nazi.

“I phoned Willy and Kate, asked what they thought. Nazi uniform, they said,” Harry says of which one they picked.

He went on to say that when he went home and tried it on for them, “They both howled. Worse than Willy’s leotard outfit! Way more ridiculous! Which, again, was the point.”

This isn’t the first time Prince Harry has addressed the Nazi costume, previously calling it “one of the biggest mistakes in my life.”

So, why come out with  this bit about his brother and sister-in-law now? One senior publishing source who has read his memoir told Page Six: “It’s strange as you would think that Harry would take ownership of this and just move on and not drag his brother into it, but he makes it clear that he feels strongly about William’s role in the scandal.”