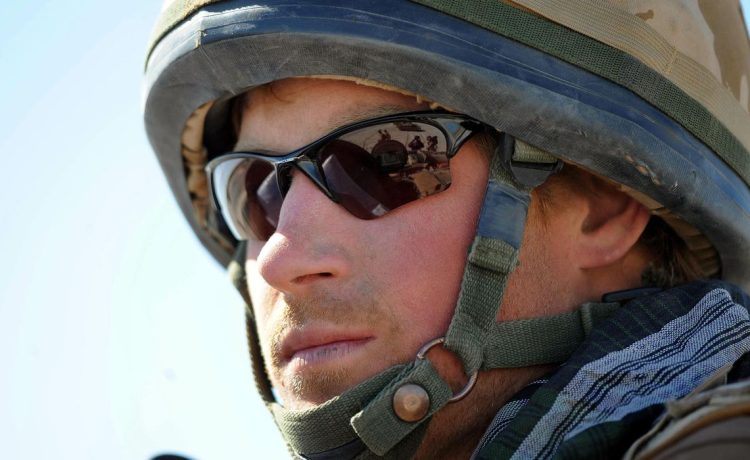 Prince Harry’s claim in his new book that he killed 25 Taliban fighters during his military service in Afghanistan is drawing extensive pushback from veterans, who say publishing a head count is violating an unspoken code and could jeopardize security for the British forces as well as himself.

Retired British Army Col. Tim Collins, who led troops in battle during the March 2003 invasion of Iraq, was harshly critical of the claim.

“This is not how we behave in the army. It’s not how we think,” Col. Collins said in an interview with the Forces News British military news organizations. “He has badly let the side down. We don’t do notches on the rifle butt. We never did.”

The startling revelation is made in “Spare,” Harry’s eagerly anticipated tell-all memoir of his life as the son of King Charles III and younger brother of Prince William, the heir to the British throne. The book, which is set to be released in the U.S. on Tuesday, is the latest salvo in his ongoing battle with his family following his marriage to Meghan Markle.

J.C. Bowman, a U.S. Marine Corps veteran, said the British government went to “great lengths” to protect Harry while he was deployed in Afghanistan.

“It seems strange he would create a real liability on himself, his family and his fellow military vets by bragging on his exploits of killing enemy combatants,” Mr. Bowman told The Washington Times. “It was foolish, and the British government should verify if accurate or repudiate the statement if he lied.”

The Defense Department is not talking about the claim, with a Pentagon spokesman on Friday referring any comments about the subject to British military officials.

A U.S. military officer in the Defense Department didn’t want to comment on Harry’s claim but said it’s not hard to believe that an Apache helicopter gunner could kill that many enemy troops.

Prince Harry was known as Captain Harry Wales during his 10 years in the British Army. He served as an Apache helicopter co-pilot and gunner from 2012-2013, his second tour in Afghanistan. He spent 10 weeks as a forward air controller in 2007-2008 until a media leak cut short his first tour. He retrained as a helicopter pilot with the British Army Air Corps so he could have the chance to return to the front line. He was part of a two-man crew whose duties ranged from supporting ground troops in firefights to accompanying helicopters as they evacuated wounded soldiers.

According to the book, that’s when he killed more than two dozen Taliban fighters.

Harry said he didn’t feel any shame about his actions in Afghanistan and thought of the dead Taliban fighters as chess pieces being taken off a playing board, “Baddies eliminated before they could kill Goodies,” according to press reports.

That comment drew a strong rebuke from Taliban leader Anas Haqqani, who said the Afghan fighters killed on the battlefield were human beings who had families waiting for them.

“Our innocent people were chess pieces to your soldiers, military and political leaders. Still, you were defeated in that game,” Mr. Haqanni said on his Twitter page. “I don’t expect that the [International Criminal Court] will summon you or the human rights activists will condemn you because they are deaf and blind for you.”

Harry has talked before about his combat experience, saying near the end of his tour in 2013 that “if there’s people trying to do bad stuff to our guys, then we’ll take them out of the game.”

But his decision to put a number on those he killed drew criticism from British veterans.

“I don’t think it is wise that he said that out loud,” Royal Marines veteran Ben McBean, who knows Harry from their military days, told Sky News. “He’s already got a target on his back, more so than anyone else.”

Retired Army Col. Richard Kemp told the BBC the claim was “an error of judgment” that would be “potentially valuable to those people who wish the British forces and British government harm.”

Tens of thousands of British troops served in Afghanistan, and more than 450 died, between the U.S.-led invasion in 2001 and the end of U.K. combat operations in 2014.

But Washington-based author and foreign policy analyst Brent M. Eastwood, who spent five years in the Army as an infantry officer, said there’s nothing wrong with Harry relaying his war experiences in the book.

“He served well and honorably in difficult jobs. I think most combat veterans are reticent to talk about killing in a public manner,” Mr. Eastwood said.

Harry wrote in his memoir that he felt neither satisfaction nor shame about his exploits on the battlefield. But Mr. Eastwood said he wouldn’t be surprised if there were some lingering regrets or even post-traumatic stress disorder.

“He wants to explain to people how hellish war is,” Mr. Eastwood said. “Let’s give him the benefit of the doubt on his combat record. He has earned the right to talk about it.”

Harry has described his time in the army as the happiest of his life because it let him be “one of the guys” rather than a prince.

He left the Army in 2015 but continued to have close ties with the military. In 2014, he founded the Invictus Games, a competition for injured, sick and wounded military personnel.