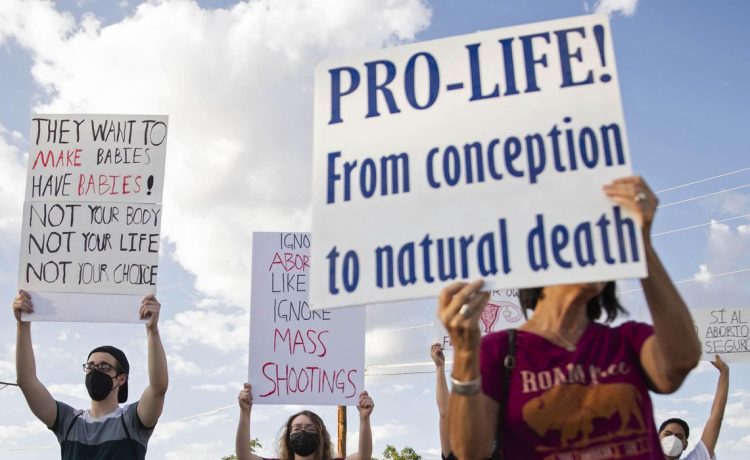 CompassCare CEO James Harden has been fighting for justice ever since his Buffalo pro-life pregnancy center was firebombed in June, but the incoming House Republican majority has given him reason for hope.

House Majority Leader Steve Scalise placed three pro-life measures on his initial list of 15 legislative priorities for the 118th Congress, including a resolution that condemns the rash of attacks on churches and pro-life facilities and urges the Biden administration to take the problem seriously.

“I’m encouraged by it. Even introducing the concept is action,” Mr. Harden told The Washington Times. “It sends a huge message from the House of Representatives that the government’s job is to protect people.”

As far as frustrated pro-life leaders are concerned, such action is long overdue.

At least 104 Catholic churches and 78 pro-life pregnancy centers and offices have been attacked since the Supreme Court’s draft opinion overturning Roe v. Wade was leaked May 2, according to the CatholicVote tracker, and yet the FBI has announced no arrests.

Three more churches were targeted over the holidays, including the Cathedral of St. Peter in Scranton, Pennsylvania, where church officials discovered on Christmas Day that vandals had carved “666” into three separate front doors, the Catholic News Agency reported.

The other two bills cited Friday by Mr. Scalise would make permanent the Hyde Amendment, which bans federal funding for abortion, and would require medical care for infants born alive after botched abortions.

“Three votes for the pro-life month of January is a good start,” Mr. Burch said. “However, it will need follow-up by this Congress. These votes, especially the resolution on violence against churches and pregnancy centers, need to be followed by action through oversight and accountability.”

He contrasted the lack of arrests in the pro-life attacks with the Justice Department’s filing of federal charges last year against at least 28 pro-life activists for violations of the Freedom of Access to Clinic Entrances [FACE] Act.

“Why is there no visible evidence of the DOJ moving to investigate violent attacks on Catholic churches and pregnancy care centers, yet dozens of examples of DOJ misusing current law to prosecute peaceful pro-lifers?” Mr. Burch asked.

Sent a letter to my colleagues outlining bills the GOP Majority will bring to the House Floor in the first 2 weeks.

We’re ready to hit the ground running to do what we promised on the border, crime, energy, inflation, Life, taxpayer protection & more.https://t.co/fL82h0jjQH pic.twitter.com/0FZi3Sp8Cz

“It’s clear Joe Biden’s Justice Department divides America into two categories and is willing to use government resources to harass and persecute those who disagree with his left-wing policies,” he said.

FBI Director Christopher Wray told the Senate Homeland Security Committee in November that investigations into attacks and threats on churches and pro-life organizations are ongoing, insisting that the bureau takes such incidents seriously.

“I don’t care what side of the issue you’re on, you don’t get to engage in violence, and we are equal-opportunity when it comes to that,” Mr. Wray said at a Nov. 15 hearing.

He also said that about 70% of the bureau’s abortion-related cases involve violence or threats against pro-life groups.

Mr. Harden isn’t waiting for the FBI. He hired private investigators in partnership with the Thomas More Society to probe the attack on CompassCare, which suffered $250,000 in damage after vandals threw a Molotov cocktail into the office at about 2:45 a.m. on June 7.
The center has since reopened.

The perpetrators also spray-painted “Jane was here” on the building. The radical pro-choice group Jane’s Revenge took credit for the attack. The FBI has offered a $25,000 reward for information leading to arrests in the case.

CompassCare has also sued to obtain the surveillance-camera footage that was turned over to law enforcement after the attack.

In November, the FBI released a brief video clip and photos from the footage, but Mr. Harden wants the entire video.

While a House resolution condemning the attacks is unlikely to pass the Senate, Mr. Harden said it would put Senate Democrats in a tough political position.

“This should strike fear into the heart of the Senate because a concurrent resolution like this will definitely pass the House, and the Senate is going to have to say ‘yes or no’ on condemning attacks of violence against pro-lifers,” Mr. Harden said.

He predicted some Senate Democrats would vote against the resolution if it makes it to the floor.

“They’re going to force the Senate to go on record essentially rejecting the concept of protecting pro-life people,” Mr. Harden said. “That’s what we’ve been contending all along, that we’re being treated like second-class citizens, and the Biden administration has slow-walked justice.”

The violence against pro-life facilities has dropped off since the initial pro-choice outcry over the Supreme Court’s June 24 decision in Dobbs v. Jackson, which sent the abortion issue to the states.

Only two incidents were reported in December. They include the repeated disruptions at the Capitol Hill Pregnancy Center’s annual banquet Dec. 2 by pro-choice protesters in the Crystal City neighborhood of Arlington, Virginia.

Despite the drop-off, Mr. Harden said his organization remains vigilant. His group spent about $150,000 to beef up security after the June firebombing.

“I’m still concerned,” he said. “I think 2023 has more in store for attacks on pro-life people and organizations. I think the attacks have abated somewhat relative to the violence and the threats of violence, but they have morphed into more political attacks and Big Tech censorship, those types of things.”