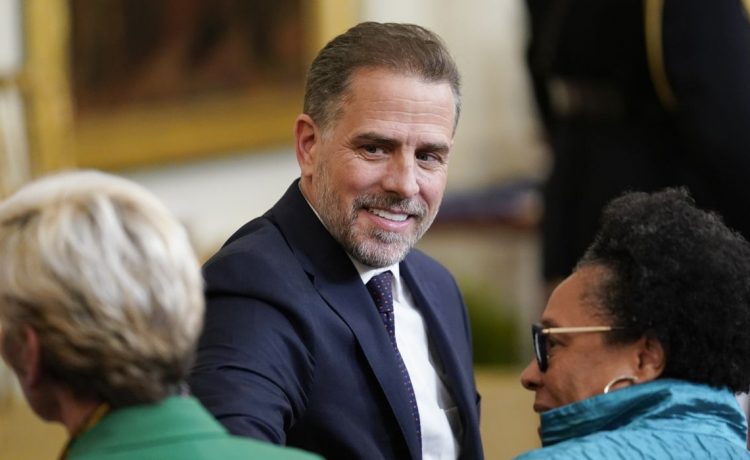 A pro-Trump legal group is taking the FBI to court in an effort to reveal its communications with tech giants to censor news about Hunter Biden’s laptop and the Biden family’s alleged dealings with Chinese and Ukrainian officials.

America First Legal filed its lawsuit Tuesday in Washington, accusing the feds of stonewalling its Freedom of Information Act (FOIA) request for the communications.

“The evidence is that the FBI and Big Tech, including Facebook, colluded to interfere with the 2020 Presidential election first by falsely and maliciously labeling the laptop ‘Russian disinformation’ and then by censoring and/or discrediting all news about its contents,” the 10-page lawsuit states.

The group alleges that senators have received information about an effort within the FBI in August of 2020 to silence news about Hunter Biden.

America First Legal also noted that Facebook CEO Mark Zuckerberg said the FBI contacted the company to alert them to “Russian disinformation” related to the laptop.

A spokesperson from the Justice Department did not immediately respond to a request for comment.

During the 2020 election, tech companies blocked the sharing of news reports about President Biden’s son Hunter.

The New York Post, for example, reported in October 2020 about his laptop, which was recovered from a computer repair shop and allegedly revealed he used his family’s influence to peddle financial deals. Some of the reporting suggested that President Biden was connected to and benefited from his son’s work.

Twitter refused to allow the story to be shared. Former CEO Jack Dorsey later admitted that was a “total mistake.”