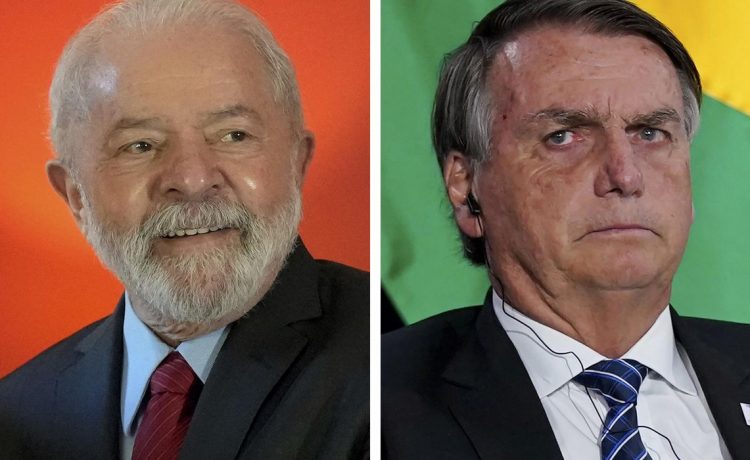 RIO DE JANEIRO — One president of Brazil built a giant dam that wrought tremendous damage in the Amazon rainforest. He slashed the size of a protected area to accommodate land grabbers. He steered billions of dollars toward the land-hungry cattle industry.

That president wasn’t Jair Bolsonaro, whose policies in the Brazilian Amazon are well known and have sparked worldwide outrage as deforestation surges. Instead it was Luiz Inácio Lula da Silva, who governed from 2003 to 2010, and leads all polls to return to the job.

As Brazilians head to elections in October, they have two choices: Jair Bolsonaro who shows open contempt for the rainforest’s protected areas, and their former president da Silva. Da Silva has enjoyed far less scrutiny, but has a checkered environmental record and shows little intention of doing things differently if elected.

Da Silva on the environment

Back in 2003, when da Silva put together his first Cabinet, he picked Amazon rainforest activist Marina Silva as environment minister at a time when logging was rampant.

She had been a childhood rubber-tapper who worked closely with murdered environmentalist Chico Mendes. She put in motion da Silva’s most ambitious environmental policies, creating conservation areas and boosting enforcement against high deforestation.

They wanted the environment to be the purview of the entire government, Marina Silva told The Associated Press in a phone interview.

But economic performance in Brazil was tied to commodities and, toward the end of his tenure, President da Silva started catering to powerful agriculture interests. From 2007 to 2011, Brazil’s state development bank lent billions of dollars at favorable interest rates to the parent company of JBS, which would go on to become the world’s largest meatpacker.

Today, JBS owns dozens of plants in the Amazon and several investigations, including by Brazil’s environmental regulator, have shown that the company has indirectly bought cattle from illegally logged areas.

In a statement, JBS said that, like other meatpackers, it doesn’t control its suppliers’ suppliers. The company said it will fully implement its own monitoring system by 2025.

Da Silva’s government also moved forward with controversial hydroelectric dams in the Amazon. For Marina Silva, that was the last straw. Already sidelined by the growing influence of agribusiness, she resigned in 2008. Environmental policies became less stringent under her successors.

At the same time, da Silva reduced the Bom Futuro National Forest – already eaten away by encroachment – by two-thirds, legalizing the titles on land that had been occupied illegally. Experts warned this would encourage more invasions of protected areas.

In da Silva’s view of his own tenure, he reduced deforestation, created dozens of protected areas and implemented a real-time deforestation alert system that remains a vital tool.

In June, he told an Amazon-based radio station he doesn’t regret the mammoth Belo Monte Dam that displaced some 40,000 people and dried up stretches of the Xingu River that Indigenous and other communities depended upon for fish.

Lula has said Belo Monte was necessary to meet the nation’s growing energy needs and his administration reduced the proposed size of the reservoir by two-thirds.

He also dismissed the impact of two dams on a catfish known as the dourada, which has the longest migration of any freshwater fish and is a staple for communities along the Madeira River. “Many of the Madeira’s catfish can be raised in fish tanks,” da Silva told the radio station Difusora recently.

A possible da Silva administration is a source of concern to Indigenous leaders including Juma Xipaia. Her people live in the area affected by Belo Monte, the world’s third largest hydroelectric dam.

“We never imagined that Belo Monte would happen, especially during Lula. … We felt betrayed,” she said by phone. It’s especially disturbing to hear him say he has no regrets and would build it again, she added.

Still, for Indigenous leaders and many Brazilian environmentalists, da Silva remains their only hope in a two-horse race. Da Silva’s campaign declined to make him available for an interview.

“With Lula winning, we have the chance for dialogue and pressure. With Bolsonaro, there is nothing we can do,” said Ana Paula Vargas, Brazil program director at nonprofit Amazon Watch.

Bolsonaro has consistently placed a higher value on development than the environment.

Critics blame his administration for a surge in Amazon deforestation: It reached its highest rate in 15 years, with protected areas particularly hard hit. The continuous increase drew international criticism and derailed talks with the administration of U.S. President Joe Biden about potentially funding Brazilian efforts against logging.

Bolsonaro has vowed not to grant “one more centimeter” of land to Indigenous people. He criticizes federal environmental agencies for their “industry of fines” and police for destroying illegal mining equipment during raids.

“He has induced people to violate environmental laws, sending the message that everything will be forgiven, that there will be amnesties,” said Philip Fearnside, a researcher at the Brazilian National Institute of Amazonian Research, a public agency. “This is something that will carry on for a long time.”

Data on staffing and office closures at Brazil’s main federal environmental institution the AP obtained through freedom-of-information requests show that the weakening of environmental policies and agencies began during da Silva’s second term. But environmental researchers, activists and even public servants have said that Bolsonaro has taken things to another level.

Bolsonaro, the son of a gold prospector, has installed numerous former and current military members with scant expertise in top positions as environment officials, at the Indigenous affairs agency and the institute that manages protected areas.

“Bolsonaro has appointed all these military people whose mission is contrary to the supposed mission of these agencies. They’re there to prevent them from functioning,” said Fearnside, an American who has been living and working in the Amazon for over four decades.

And while da Silva and Bolsonaro both promoted economic development of the Amazon, experts told the AP that a difference is that the sitting president has bristled at calls from international leaders, including Biden, to protect the rainforest and its people.

Bolsonaro’s environment minister is Joaquim Leite, a former advisor for an agribusiness lobby group. His predecessor, Ricardo Salles, resigned in 2021 after Federal Police began investigating whether he was aiding the export of illegally cut timber. Salles has denied wrongdoing.

“The first time there has been an anti-environment environment minister was under Bolsonaro,” said Marina Silva.

Brazil’s next president and the ailing Amazon

With the October vote looming, da Silva has given mixed signals as to what environmental course his administration would chart. He has vowed to bolster environmental agencies, rid all Indigenous reserves of illegal mining activities and revoke dozens of Bolsonaro’s decrees.

But in recent weeks, da Silva has sought allies in the powerful ruralist bloc in Brazil’s Congress. He earned the backing of Neri Geller, a lawmaker who has long represented soy producers, and others.

Environmental watchdogs express concern about da Silva’s lack of remorse on projects such as Belo Monte.

Juma Xipaia, the Indigenous leader, hasn’t forgiven da Silva for the deforestation and diminished fish stocks resulting from the mega-dam. Lately, though, the peril has been starker; she has received death threats since April for speaking publicly against a gold rush by illegal prospectors. She attributes that to Bolsonaro’s influence.

“We don’t have much choice: Between Bolsonaro and Lula, it’s Lula. But he isn’t the candidate of my dreams for Brazil,” she said. “I will never forget Belo Monte.”