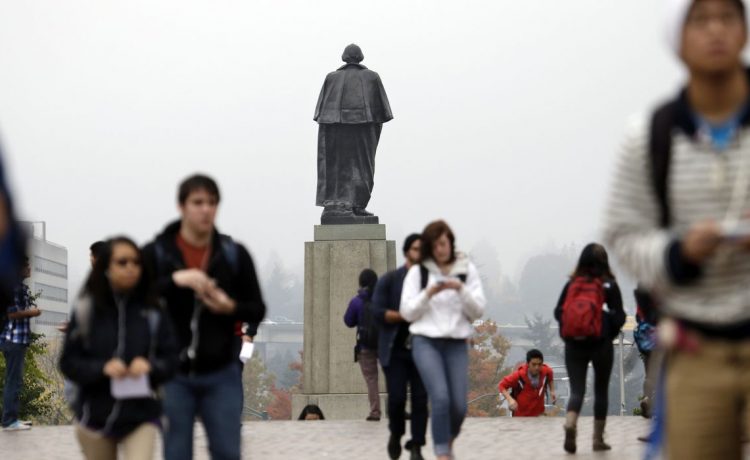 A University of Washington professor is suing the school for what he says was a violation of his free speech rights after he was disciplined for providing his own version of a Native American “land acknowledgment” statement.

Stuart Reges, who teaches computer science and engineering, was encouraged to put a statement on his syllabus about Native Americans’ ownership of the land that the Seattle-based college sits on, according to the Foundation for Individual Rights and Expression (FIRE) which filed the suit with Mr. Reges.

The statement read: “I acknowledge that by the labor theory of property the Coast Salish people can claim historical ownership of almost none of the land currently occupied by the University of Washington,” citing John Locke’s philosophical theory that property rights are established by labor.

The university’s land acknowledgment statement, which was first circulated in September 2020, mentions the various tribes that are indigenous to the Seattle area, as well as those that were native to Philadelphia when the Constitution was signed in 1787.

“Acknowledging the ceded and unceded land on which we all stand could not be more important in our current historical moment,” the statement reads.

A day after Mr. Reges posted the alternative acknowledgment statement, Magdalena Balazinska, the head of the computer science department, ordered him to take it down. She said Mr. Reges’ version was “inappropriate,” “offensive” and created a “toxic environment.”

Ms. Balazinska opened a virtual version of Mr. Reges’ classes with a different professor that students could attend.

The university also launched an investigation into Mr. Reges for violating what FIRE calls its “unconstitutionally overbroad harassment policy.”

Mr. Reges’ lawsuit said that the university’s disciplinary investigation, which is still ongoing, is about considering whether to further punish the professor or even fire him. The possibility of being fired is what Mr. Reges argued has caused “a chilling effect on his speech.”

The university isn’t backing down.

Mr. Reges’ filing documents challenged both students and faculty members “to think about the utility and performative nature of land acknowledgment statements.”