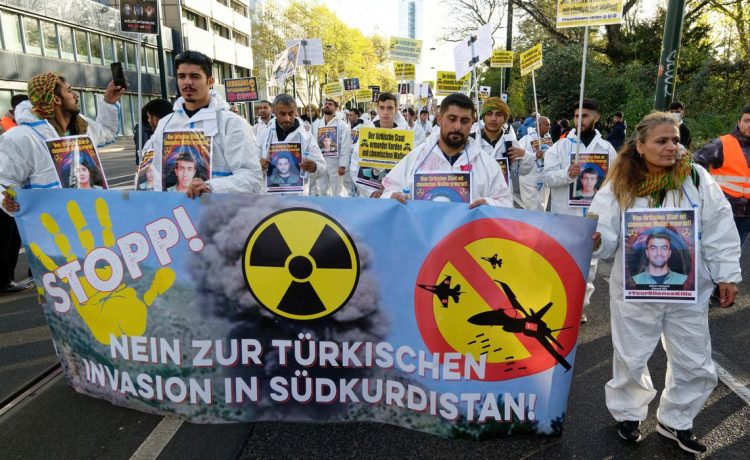 DÜSSELDORF, Germany (AP) — Thousands of people demonstrated Saturday in the German city of Düsseldorf against Turkey’s alleged use of chemical weapons in the Kurdish region and the international community’s apparent apathy about the issue.

The participants started at two separate locations before joining under the motto “Stop Chemical Warfare in Kurdistan!” Speakers criticized international governments for not doing more to address alleged war crimes that have been denied by Turkey.

Last month, Turkish officials strongly rejected the allegations made by Kurdish militants that the Turkish military used chemical weapons against the banned Kurdistan Workers’ Party, or PKK, in northern Iraq, insisting the military doesn’t have such weapons.

Those statements did little to assure Saturday’s demonstrators, who were critical of Germany’s reticence to investigate.

Fincanci, a leading human rights activist, was detained on charges of disseminating “terrorist propaganda,” according to the Ankara chief prosecutor’s office.

Turkey has been conducting a series of military operations in northern Iraq since 2019, saying it’s targeting the PKK to prevent it from launching cross-border attacks on Turkey.