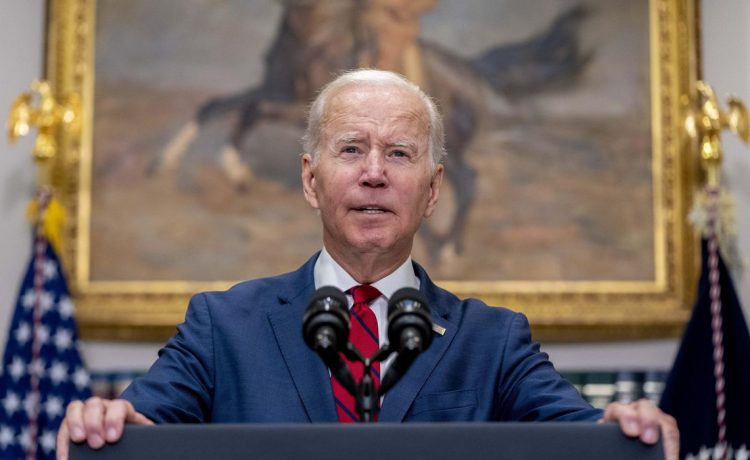 Former White House press secretary Jen Psaki is warning that President Biden is a liability for Democrats heading into the upcoming midterms.

During an appearance on NBC’s “Meet the Press” on Sunday, Ms. Psaki said Democrats “will lose” if voters see the election as a referendum on her former boss, while Republicans remain vulnerable if voters focus on which party is “most extreme.”

“If it is a referendum on the president, they will lose,” she said. “And they know that.”

Ms. Psaki’s comments on Mr. Biden’s impact on the midterms echo the findings of an ABC News and Washington Post poll published on Sunday, showing that a majority, 56% of registered Democrats and Democratic-leaning voters, prefer someone else besides Mr. Biden to run in 2024.

Democratic candidates in Republican-leaning states have been apprehensive about campaigning alongside Mr. Biden, who has faced months of low approval ratings.

While Mr. Biden’s job approval has ticked up in recent months after securing a string of legislative victories, his party still faces an uphill battle with voters when it comes to key issues such as inflation.

Ms. Paksi said on Sunday that crime is a “huge vulnerability for Democrats” going into the November midterms and that the economy “is hanging over everything.”

Democrats have leaned into campaign rhetoric meant to paint Republicans as anti-democratic extremists ahead of the midterms, warning voters that “MAGA Republicans” aim to trample Americans’ civil liberties and slash Medicare and Social Security.

But these attacks on Republicans may have their limits in swaying voters.

In a nationwide survey by the Trafalgar Group earlier this month, 56.8% of respondents viewed Mr. Biden’s speech in Philadelphia casting the midterms as a battle for “the soul of America” as dangerous and said it was “designed to incite conflict among Americans,” while 35% viewed the rhetoric as “acceptable campaign messaging” in an election year.

Among third-party and independent voters, 62.4%, viewed the speech as dangerous, compared with 31.2% who said it was acceptable campaign rhetoric.