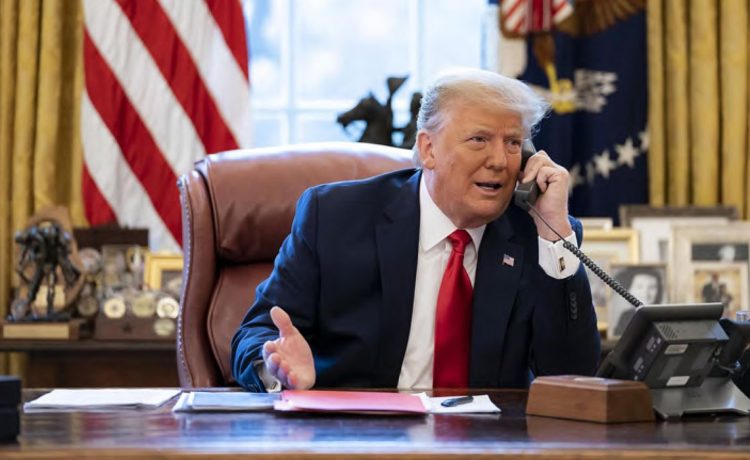 Book publishers are jockeying to cash in on the just-released report by the House Jan. 6 committee betting on lasting public demand for slickly-bound copies of the panel’s eight-chapter tome.

Several versions of the report have become available for presale — just hours after the report’s release — each packaging the work of the Democrat-led panel with exclusive forwards by Washington insiders offering their unique take on the Capitol attack and the committee’s investigation.

One edition boasts a forward by Rep. Adam Schiff, a California Democrat on the committee who for years led the anti-Trump fight in Congress, including championing fabricated claims of Trump-Russia collusion in 2016.

Twelve Books has scheduled a Christmas Eve release of its “THE JANUARY 6 REPORT: Findings from the Select Committee to Investigate the Attack on the U.S. Capitol with Reporting, Analysis and Visuals by The New York Times.”

A description of the title on Amazon describes the work as “the definitive record of the attack on the U.S. Capitol.”

Readers can secure a paperback copy of that edition for a list price of $19.99.

Celadon Books and The New Yorker have also partnered up on another “definitive account [of] one of the darkest days of our democracy.” It is simply titled “The January 6th Report” which they plan to release on Dec. 27.

The publisher provides a strongly-worded summary of its view of the events on Jan. 6 in a brief synopsis on Amazon that reads: “On January 6, 2021, insurgents stormed the U.S. Capitol, an act of domestic terror without parallel in American history, designed to disrupt the peaceful transfer of power.”

That version, which is ranked as the top seller in Amazon’s United States National Government category, includes a forward by The New Yorker’s editor David Remnick and an epilogue by Rep. Jamie Raskin, a Maryland Democrat and member of the committee.

Random House, which lists its paperback version for just under $20 on Amazon, has slated its version for a Jan. 6, 2023 release date.

That edition boasts an exclusive forward by Mr. Schiff, whose unique insights also did not make the cut in the forward to the version of the report issued by the panel Thursday.

Random House calls the report the culmination of “perhaps the most vital congressional investigation in American history.”

Paperback editions are scheduled for release on Jan. 10 and carry a $19.99 list price on Amazon.

The publisher calls the committee’s probe “the most important political investigation since Special Counsel Robert S. Mueller III’s probe into Russian influence on the 2016 election of Donald J. Trump.”

The Mueller investigation created a similar buzz after its 2019 release with a variety of publishers offering repackaged versions of the special counsel’s report.

The Democrat-led House Jan. 6 Committee released the highly anticipated 814-page summation of events leading up to the attack on the Capitol as a parting shot before the committee is dissolved under a Republican-led House in the next Congress.

After holding a series of public hearings over the summer, the committee outlines in detail its account of what the lawmakers say was Mr. Trump’s plan to overturn the 2020 presidential election and spur a mob of his supporters to storm the Capitol as Congress met to certify the results.

The report pins the blame for the Capitol attack squarely on the former president and offers what outgoing Mrs. Pelosi called a “clarion call to all Americans: to vigilantly guard our Democracy and to give our vote only to those dutiful in their defense of the Constitution.”

The findings specifically accuse Mr. Trump of disseminating false allegations of election fraud related to the 2020 presidential election, pressuring state and local election officials in the wake of the election, summoning his supporters to Washington on Jan. 6 and inciting violence by his supporters.

Before releasing the report, the panel recommended in its final public proceeding that federal prosecutors pursue charges against the former president for inciting an insurrection against the U.S. government, obstructing an official proceeding of Congress, conspiracy to defraud the government and making false statements on fake presidential electors.

Mr. Trump said the move was intended to derail his 2024 campaign for the White House, but predicted the move wouldn’t harm him.

In a statement on his social media platform Truth Social, Mr. Trump ripped the Democrat-led panel’s 18-month probe as a “witch hunt” that failed to address what he said were the true causes of the riot.

Mr. Trump wrote: “The highly partisan Unselect Committee Report purposely fails to mention the failure of Pelosi to heed my recommendation for troops to be used in D.C., show the “Peacefully and Patrioticly” words I used, or study the reason for the protest, Election Fraud. WITCH HUNT!”