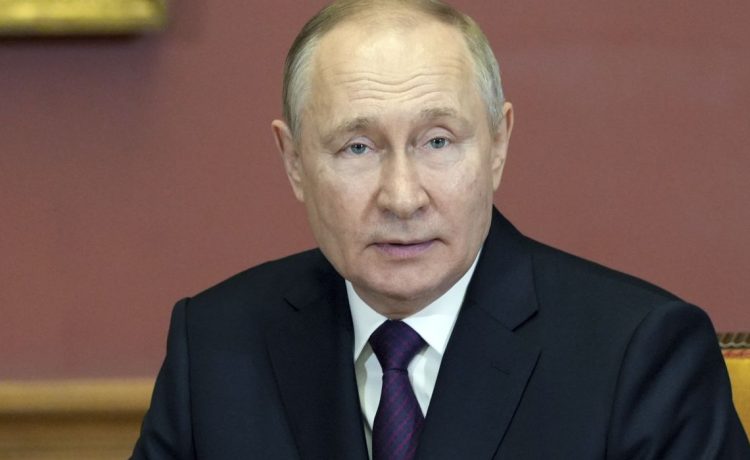 Russian President Vladimir Putin is engaged in a deliberate information campaign aimed at convincing the West to pressure Ukraine into “making preliminary concessions” ahead of any potential peace talks, according to an assessment by a conflict analysis group in Washington.

The Institute for the Study of War (ISW) think tank said the assessment published this week that Mr. Putin has given misleading statements in recent days to create the appearance of being willing to negotiate over the future of the nearly year-old Russian invasion of Ukraine.

At issue, specifically, was a Dec. 25 exchange with reporters in which Mr. Putin said he was “ready to negotiate with all parties” over the war but pointedly avoided mentioning Ukraine. Analysts say the move reflected Moscow’s view that Ukraine is merely a pawn of the West, especially the United States.

“Russian President Vladimir Putin did not offer to negotiate with Ukraine on December 25 contrary to some reporting,” according to the ISW assessment, which described Mr. Putin‘s comments as “part of a deliberate information campaign aimed at misleading the West to push Ukraine into making preliminary concessions.”

“The Kremlin did not publish the full transcript of Putin’s interview on its official website in contrast with its normal patterns,” the ISW assessment noted.

“The Kremlin has been intensifying this information campaign throughout December,” they wrote.

White House spokesman John Kirby, meanwhile, told Reuters last week that Mr. Putin has shown no sign that he’s willing to negotiate in good faith for a peaceful settlement of the war he began 10 months ago.

“Everything he is doing on the ground and in the air bespeaks a man who wants to continue to visit violence upon the Ukrainian people,” Mr. Kirby said.

Analysts say Mr. Putin is frustrated over a lack of support among the Russian elites and may be planning to seize their property. He has told pro-government media outlets that most Russians would “sacrifice everything for the Motherland,” but acknowledged that some act solely in their own self-interest.

The Russian president has reportedly also said he believes businessmen who “drain Russia’s money abroad” are a “danger to Russia.”

The ISW assessment characterized Mr. Putin‘s statements as being consistent with preparations by the country’s legislature, the State Duma, to introduce a bill that would increase tax rates as a form of punishment for Russians who left the country after the start of the invasion of Ukraine.

“The Kremlin will likely use funds generated through the tax to fund its war in Ukraine,” ISW analysts wrote.