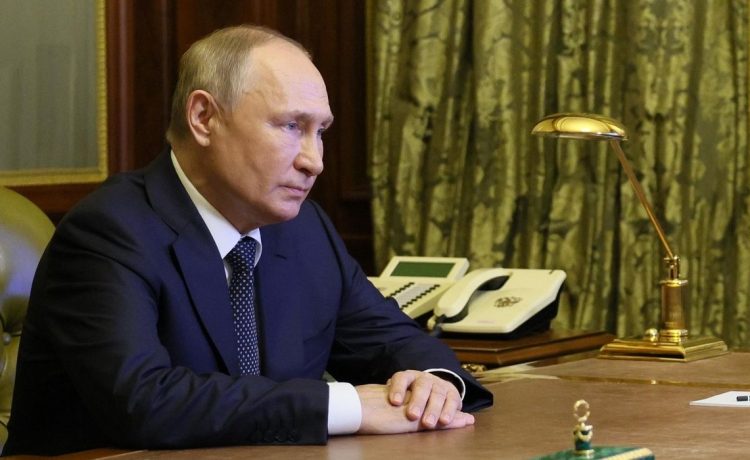 MOSCOW (AP) — Russian President Vladimir Putin said Wednesday that Moscow is ready to resume gas supplies to Europe via a link of the Germany-bound Nord Stream 2 pipeline under the Baltic Sea.

The U.S. has previously rejected similar allegations by Putin. Several European governments said the undersea explosions that ripped through both Nord Stream pipelines were likely caused by sabotage but stopped short of assigning blame.

The Russian leader has repeatedly taunted the West by raising the prospect of sending gas through Nord Stream 2, a political nonstarter for the German government and others.

Reaffirming a claim that he made last week, Putin said that the attack on the pipelines was launched by those who wanted to weaken Europe by halting the flow of cheap gas from Russia.

“The act of sabotage of the Nord Stream 1 and 2 is an act of international terrorism aimed at undermining energy security of the entire continent by blocking supplies of cheap energy,” he said, alleging that the U.S. wants to force Europe to switch to importing more expensive liquefied natural gas.

“Those who want to rupture ties between Russia and the EU are behind the acts of sabotage on the Nord Stream,” he said.

While Russia is still pumping gas to Europe via Ukraine, the explosions on the Baltic pipelines have exacerbated acute energy shortages faced by Europe before the winter season.

The Nord Stream 2 pipeline has never brought natural gas to Europe because Germany prevented the flows from ever starting just before Russia launched military action in Ukraine on Feb. 24.

Before the explosions, Russia had cut off the parallel Nord Stream 1 pipeline at the center of an energy standoff with Europe. Russia has blamed technical problems for the stoppage, but European leaders call it an attempt to divide them over their support for Ukraine.

Plunging Russian gas supplies have caused prices to soar, driving inflation, pressuring governments to help ease the pain of sky-high energy bills for households and businesses and raising fears of rationing and recession.

Putin said that one of the two links of the Nord Stream 2 has remained pressurized and appears to be ready for service, adding that its capacity stands at 27 billion cubic meters a year. He noted that if checks prove that the pipeline is safe to operate, Russia stands ready to use it to pump gas to Europe.

The Russian leader also said that Russia could increase the capacity of its gas exports to Turkey and eventually turn into a hub for gas supplies to Europe.