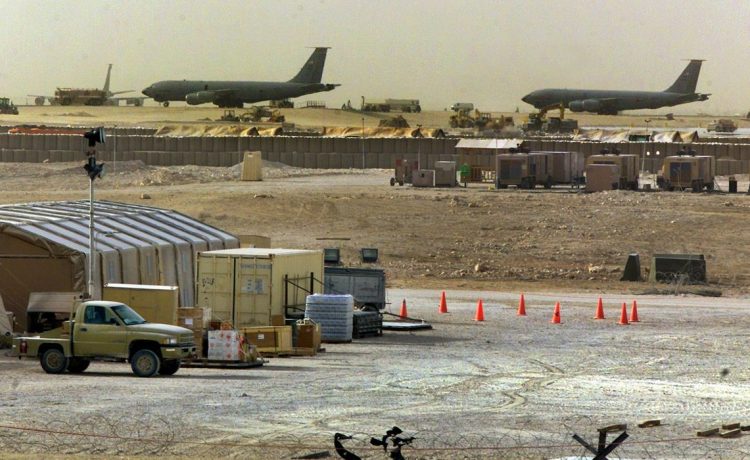 The eye-popping architecture and economic achievements of Qatar have been in the spotlight throughout the World Cup, but less attention has gone to the tiny Persian Gulf nation’s status as a linchpin for the U.S. military’s tactical and strategic reach over the greater Middle East.

Qatar is situated just more than 100 miles from the Iranian coastline and quietly hosts the most strategic U.S. Air Force installation in the region: Al Udeid Air Base, whose operations are critical to U.S. missions stretching from Afghanistan to the Mediterranean.

Al Udeid and the thousands of American military personnel stationed there were essential to the U.S. missions to fight al Qaeda in Afghanistan and Iraq in the years after the 9/11 attacks and later to carry the fight to the Islamic State terror group in both Syria and Iraq.

The 379th Air Expeditionary Wing is stationed at Al Udeid, which also houses a secretive Combined Air Operation Center (CAOC) and has long been a hub of air operations across the 20-nation region overseen by the Pentagon’s Central Command.

A Washington Times reporter who visited in 2017 was briefed inside the CAOC, where representatives from the vast U.S.-led coalition to defeat Islamic State had coalesced around a range of intelligence feeds to direct all air support and precision airstrikes related to the mission. Video from surveillance drones played on large screens inside the CAOC, which Pentagon literature described as “the nerve center of the air campaign.”

More recently, Al Udeid Air Base (AUAB) and personnel from the 379th, including from the wing’s Expeditionary Aeromedical Evacuation Squadron (EAES), managed the flow of tens of thousands of Afghanistan evacuees.

“More than 58,000 people came through AUAB,” stated a 2021 Twitter post by the 379th. “The 379th EAES was critical to the mission and reunited families that had become separated during the evacuation.”

Qatar, a predominantly Islamic monarchy, has emerged throughout the post-9/11 era as a major non-NATO ally. But the U.S.-Qatar relationship is delicate and not without critics.

For years Qatar hosted the Taliban’s political leadership in exile. The move gave Doha some sway with the militant group and found Qatari officials playing host to difficult U.S.-Taliban peace talks prior to the messy American withdrawal from Afghanistan and eventual Taliban takeover of Kabul in the summer of 2021.

At the height of U.S. wars in Afghanistan, Iraq and Syria, meanwhile, there were more than 10,000 U.S. troops stationed in Qatar. The number has dropped by a fifth since the Biden administration began drawing down forces in the Mideast.

And the history of the U.S. military presence at Al Udeid stretches back to before 9/11.

It’s a history inexorably tied to the Clinton administration’s decision during the late 1990s to begin moving personnel out of Saudi Arabia following a series of nightmarish developments — most notably the 1996 terrorist bombing of a housing complex in the Saudi city of Khobar that left 19 U.S. service members dead.

U.S. frustration over operating in Saudi Arabia was already boiling when al Qaeda leader Osama bin Laden, himself a Saudi, cited the American military’s presence in the nation — and more precisely, near the Muslim holy cities of Mecca and Medina — as a core motivation behind 9/11 and the Khobar Towers attack.

Leaders in Qatar saw an opportunity. They began pouring money into Al Udeid and making overtures to the Americans to relocate. Donald H. Rumsfeld, President George W. Bush’s defense secretary, announced abruptly in April 2003 that the Pentagon was pulling all U.S. troops out of Saudi Arabia and turning over control of the base to Saudi officials.

Operations and permanent U.S. structures at Al-Udeid have been growing since. But, reflecting regional sensitivities, the Pentagon long sought to keep the base’s role quiet. As late as 2013, American military personnel were ordered not to speak about the base or disclose its location beyond describing it as somewhere in Southwest Asia.

Despite the current U.S. drawdown from the Middle East, the Qatari government has continued to pour money into the base — more than $8 billion since 2003. On a recent visit, Associated Press journalists reported seeing a new barracks and dining hall, while airmen said the creation of a new task force focused on drones and other off-the-shelf battlefield technology at Al Udeid was a sign that the U.S. military was there to stay.