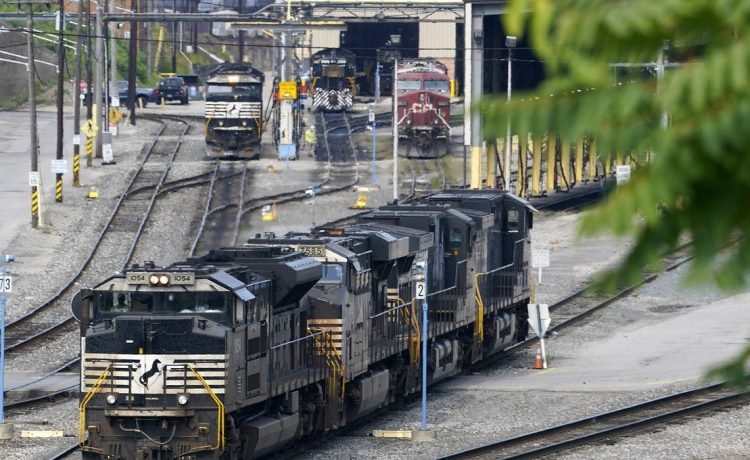 The tentative deal brokered by President Biden, freight railroads and 12 labor unions to avert a strike and economic calamity is at risk of collapsing, according to the Daily Mail, which cites union leaders’ dissatisfaction with “intentionally” vague details.

And the publication Labor Notes said a contract rejection “is still a very live possibility, based on discussions with members and leaders of various unions involved.”

Rail workers are scheduled to vote on the deal Thursday, with vote-counting to last until mid-October. If just one of the 12 unions votes against the deal, tens of thousands of workers could go on strike and essentially shut down nearly 40% of freight shipping in the U.S.

Last week’s deal addressed terms put forth by the two largest union groups — the Brotherhood Of Locomotive Engineers and Trainmen and SMART.  A smaller union, the International Association of Machinists and Aerospace Workers, has voted against a similar proposed deal.

The deal includes 24% pay raises and $5,000 in bonuses, as well as back pay. Railroad workers would be able to take unpaid days off for doctor’s appointments without being penalized under railroad attendance rules.

The terms were recommended by a presidential emergency board appointed by Mr. Biden this summer. The pay raises would be retroactive to July 2020, meaning the average rail worker would receive back pay of about $11,000.

The raises would be the biggest railroad workers have received in more than four decades. The railroad industry has said that average rail worker salaries would reach $110,000 by the end of the five-year deal in 2025.

The deal also includes a substantial increase to hearing aid benefits and coverage for autism without age limitations. Union members would not have any changes in copays, deductibles and out-of-pocket maximums.

The agreement, which came just before a cooling-off period expired, averted for now the first railroad strike in 20 years.