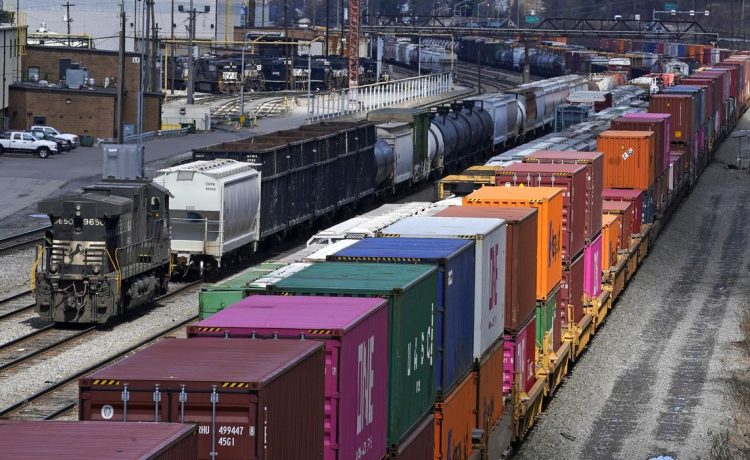 An influential railroad workers’ union on Monday rejected a labor deal brokered by President Biden, raising the threat of a crippling strike before the holidays.

SMART Transportation Division, a 36,000-member union representing rail conductors, voted against the tentative agreement. The union could strike after Dec. 9 if no agreement is reached, and other freight-rail unions would likely honor the strike.

Another large freight union, BLET, voted Monday to ratify the agreement but said it will honor a picket line with other unions that voted against the deal. More negotiations with rail management are expected.

The tentative deal includes 24% pay raises and $5,000 in bonuses, as well as back pay. Railroad workers would be able to take unpaid days off for doctor’s appointments without being penalized under railroad attendance rules.

The terms were recommended by a presidential emergency board appointed by Mr. Biden this summer. The pay raises would be retroactive to July 2020, meaning the average rail worker would receive back pay of about $11,000.

The raises would be the biggest that railroad workers have received in more than four decades. The railroad industry has said that average rail worker salaries would reach $110,000 by the end of the five-year deal in 2025.