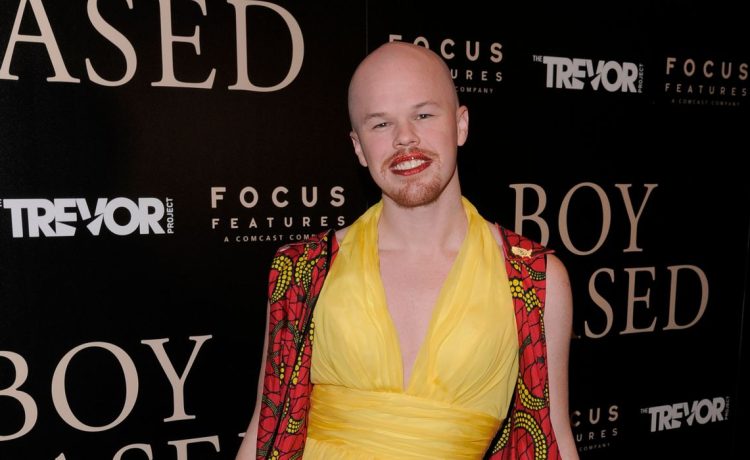 Las Vegas police had been unable to identify the person who stole an expensive piece of luggage from Harry Reid International Airport in July, despite the subject’s unique t-shirt with a large rainbow colored atomic nuclear symbol.

But the Vegas officer investigating the theft got a break last month when he noticed the person seen on video walking away with a woman’s hard-sided luggage on July 6 looked an awful lot like 35-year-old Sam Brinton, President Biden’s  genderfluid deputy assistant secretary of spent fuel and waste disposition.

Brinton’s image had been widely publicized following the revelation two weeks ago that he is facing felony charges in a Sept. 16 luggage theft case at the Minneapolis-St. Paul airport. In that incident, Brinton is accused of walking away with a woman’s hard-sided Vera Bradley suitcase.

The Vegas officer noticed the similarity in appearance to the person seen on the surveillance video at Harry Reid Airport, according to details in the arrest warrant obtained by The Washington Times.

“On his page I located a post which was dated 07/06/22, the same day of the theft,” the officer wrote. “The post was a selfie picture of Brinton who appeared to be in an airport. Brinton was clearly wearing the same exact white T-shirt with a large, rainbow colored atomic nuclear symbol design on the front as seen on video at Hairy Reid International Airport.”

According to the warrant, Brinton flew into Vegas from Dulles International Airport outside of Washington D.C. with one piece of checked luggage. Surveillance video showed that Brinton collected his own bag, then surveyed other luggage circling on the belt. He took a woman’s hard-sided “Away” brand luggage.

Brinton snatched the bag after first returning it to the baggage claim carousel and looking around in what officers describe as “abnormal” behavior.

Brinton boarded a shuttle bus to the rental car center.

The police, who contacted Brinton but got no response, have charged Brinton with grand larceny.

Brinton is on leave from the Department of Energy, an official told The Times and some lawmakers are calling for Brinton to be fired.

Brinton was hired to serve as deputy assistant secretary of spent fuel and waste disposition in the Energy Department’s office of nuclear energy and started the job this summer amid a furor over a history of social media posts displaying sexual fetishes.

One post showing Brinton standing over a man donning a dog collar and leash quickly went viral, as did pictures of Brinton wearing pink stilettos and sporting a red mohawk haircut.

Brinton, an LGBTQ advocate, began working at the agency on June 19, posting an in-office photo on Twitter wearing a red jumpsuit, bright lipstick and stiletto pumps decorated with the Stars and Stripes.

In the July 6 post that gave Vegas police the evidence they needed to pin the theft on Brinton, he thanked the American Nuclear Society, “for selling such a great shirt for me to wear on my flight today.”