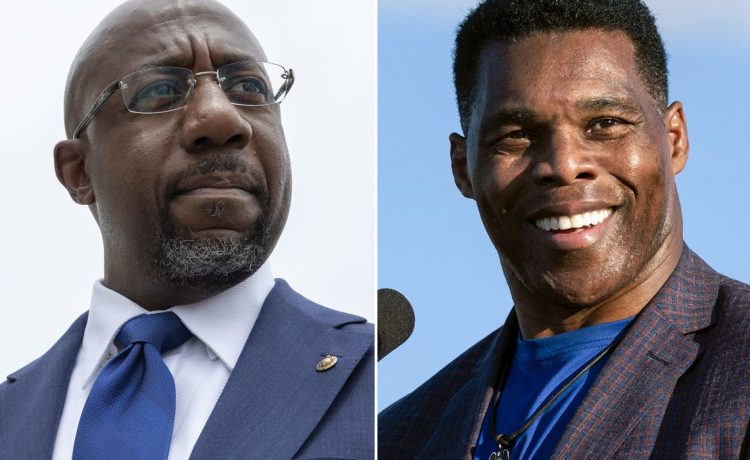 Democrat Sen. Raphael Warnock is betting that former President Donald Trump is so toxic in Georgia that he’s running a new ad that simply repeats the ex-president’s endorsement of Republican challenger Herschel Walker.

Democrats in Georgia are hoping for a similar outcome in the Dec. 6 runoff after Mr. Trump reiterated his support for Mr. Walker this week while announcing a 2024 presidential bid.

“We must all work very hard for a gentleman and a great person named Herschel Walker, a fabulous human being who loves our country and who will be a great United States senator,” Mr. Trump says in the 30-second Warnock ad. “He was an incredible athlete. He’ll be an even better senator.”

The strategy would be a sure-fire loser in redder parts of the country, but voters in battleground states such as Arizona, Georgia and Pennsylvania, which Trump won in 2016, but lost in 2020, signaled in the midterms they are ready to put the former president, his hardcore political acolytes and his stolen election claims behind them.

Kari Lake, the GOP gubernatorial candidate in Arizona, learned that lesson the hard way. Billed as the most Trump-inspired candidate running in the midterms, Ms. Lake lost a tight-knit contest after calling Mr. Trump’s backing “the most powerful endorsement in the history of politics in this country.”

Mr. Walker is trying to avoid a similar fate 20 months after Mr. Trump started to publicly encourage him to run.

That is why some Republicans wanted Mr. Trump to delay his announcement, fearing it would energize Democrats and thus hurt Mr. Walker’s runoff chances.

For that same reason, Democrats prayed Mr. Trump would go ahead with the 2024 launch.

The Walker campaign did not respond to a request for comment, though the candidate has put some distance between himself and Mr. Trump.

Mr. Trump not only lost Georgia to President Biden in 2020, but also his stolen election claims were blamed by some for depressing GOP turnout in runoff races that ended with Mr. Warnock and Sen. Jon Ossoff notching wins that handed Democrats control of the Senate.

Mr. Trump tried — and failed — to oust Georgia’s Gov. Brian Kemp and Secretary of State Brad Raffensperger after they refused to bow to the former president’s pressure to overturn President Biden’s less than 13,000 vote victory in the state.

Mr. Kemp and Mr. Raffensperger cruised to reelection wins last week, running well ahead of Mr. Walker, who finished second behind Mr. Warnock in their race.

Neither Warnock nor Walker crossed the 50% threshold needed to avoid a runoff.

Democrats are assured of the Senate majority in a 50-50 chamber if Mr. Walker wins, though they’d like to get breathing room in a 51-49 chamber through a Warnock victory.