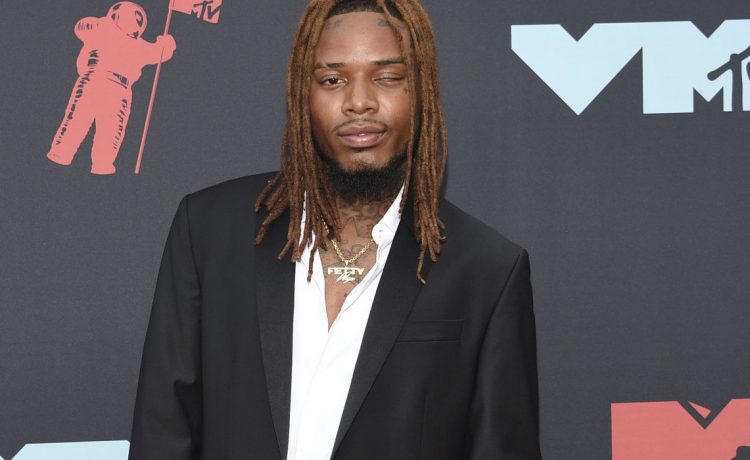 NEW YORK — Rapper Fetty Wap was jailed Monday after, prosecutors say, he threatened to kill a man during a FaceTime call in 2021, violating the terms of his pretrial release in a pending federal drug conspiracy case.

Wap, whose real name is Willie Maxwell, told the man, “Imma kill you and everybody you with,” and flashed a gun during the Dec. 11 video call about two months after his arrest in the drug case, prosecutors said.

U.S. Magistrate Judge Steven Locke, acting on a request from prosecutors, revoked Maxwell’s bond and sent him to jail following a hearing Monday in federal court on Long Island.

Messages seeking comment were left with Maxwell’s lawyers. The “Trap Queen” rapper is scheduled to perform in Mobile, Alabama, on Aug. 19 and Austin, Texas, on Aug. 27, according to his website.

Maxwell was initially arrested last October on charges alleging he participated in a conspiracy to smuggle large amounts of heroin, fentanyl and other drugs into the New York City area.

Maxwell, who pleaded not guilty, was released after posting a $500,000 bond, secured by property he owns in Georgia, and agreeing to certain conditions, including that he not violate any federal, state or local laws while on release and that he not possess a gun or other weapon.

Prosecutors say evidence, including a recording of the FaceTime call, showed probable cause that Maxwell knowingly violated the conditions of his release.

During the call, Maxwell repeatedly threatened, “I’m gonna kill you” and was seen holding a gun and pointing it at the screen, according to an FBI affidavit filed on the court docket. After the man on the other end of the call called Maxwell a rat, Maxwell responded by saying, “Your man is a rat,” according to the affidavit.

Prosecutors did not identify the person Maxwell is accused of threatening, referring to the man in court papers only as John Doe.

In the underlying drug case, Maxwell and five co-defendants are accused of conspiring to possess and distribute more than 100 kilograms (220 pounds) of heroin, fentanyl and crack cocaine between June 2019 and June 2020.

The scheme allegedly involved using the U.S. Postal Service and cars with hidden compartments to move drugs from the West Coast to Long Island, where they were stored for distribution to dealers on Long Island and in New Jersey, prosecutors said.

Maxwell rose to prominence after “Trap Queen,” his debut single, reached No. 2 on the U.S. Billboard Hot 100 chart in May 2015.

He has had other brushes with the law, including a 2019 arrest in Las Vegas for allegedly assaulting three employees at a hotel-casino. He was previously arrested in November 2017 and charged with DUI after police said he was drag racing on a New York City highway.