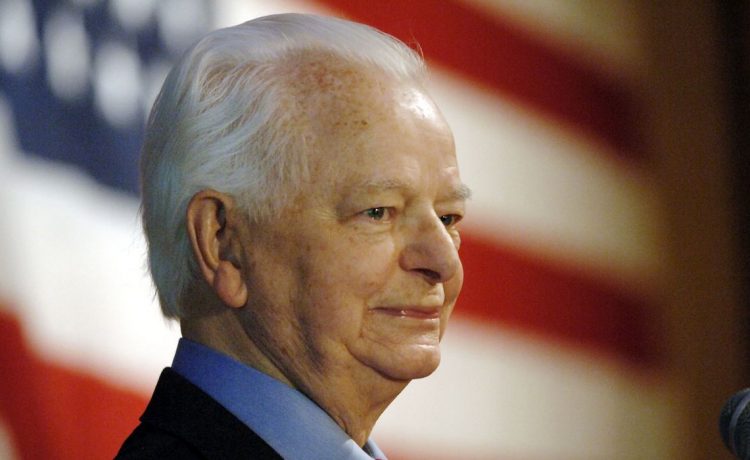 Editor’s note: This is one in a series examining the Constitution and Federalist Papers in today’s America.

The following are excerpts from a speech given by Sen. Robert C. Byrd, West Virginia Democrat, at Shepherd University in 2005 about Constitution Day, which is Sept. 17. This year, we will celebrate the 235th anniversary of the signing of the Constitution. Byrd died in 2010.

“I’m so pleased to be here today to deliver the first annual Tom E. Moses memorial lecture. We’re here, of course, to talk about the world’s longest enduring written national constitution. The day is most auspicious for such a discussion, for tomorrow we mark a great anniversary, the 218th anniversary of the signing of the Constitution of the United States on Sept. 17, 1787.

“Not one day has passed in the history of this great republic in which the Constitution has not been important. Not in the early days of our nation’s founding, as the Constitution was drafted, debated, amended and finally ratified, for then it set the framework for a nation square and true.

“Not during the great westward expansion, when 18 states were added in the process laid out in the Constitution, stretching our republic from sea to shining sea. Not during the great conflagration. Not during the struggles of the first and second World Wars when [we were] faced with threats from without to make over the globe in an evil image. Not even during the long twilight of the Cold War, as communism challenged our constitutional freedoms in every corner of the globe. Certainly not today, as religiously inspired terrorist groups strike from wild, dark places at the way of life that our Constitution guarantees for us.

“The anniversary of the signing of the Constitution when viewed in this light is a very, very important day. Yet, it is even not often printed on the calendar and is only rarely observed. That is a shame, a shame. … The sad and scary fact is that more Americans know the ins and outs of judging television shows — “American Idol” and “Survivor” – than they do about the Constitution.

“It’s true that the Constitution is covered in our public schools, I believe in the third or fourth grades and then again briefly in the seventh or eighth grade. But most people, including myself, need a bit more instruction than that. After all, everyone must take their driver’s test at regular intervals throughout their lives to ensure that they remember the rules of the road.

“Surely, the working of our government is equally important.

“Last year, I introduced legislation to declare Sept. 17th a national holiday called Constitution Day, to be celebrated with appropriate ceremonies, much as Flag Day is [celebrated] on June 14th.

“That legislation was not adopted, but an amendment that I offered … was adopted. …  This amendment requires all federal employees and all schools receiving federal funds to receive education and training about the Constitution of the United States each Sept. 17th. …  I hope you will not see this as a burden. Rather, I hope that each year, each of you will renew your sense of dedication to our great nation and increase your understanding of the mechanisms that make this country great.

“Those mechanisms are spelled out simply in the Constitution, laid out like a mechanic’s diagram of an automobile engine. But the Constitution does not have on-board computer diagnostics to keep it running smoothly. It is only you and I and an informed and watchful citizenry.

“Daniel Webster said: ‘Hold on, my friend, to the Constitution, and the republic for which it stands. Miracles do not cluster, and what has happened once in 2,000 years may never happen again. Hold on to the Constitution, for if the American Constitution should ever fail, there will be anarchy throughout the world.’

• Michael McKenna, a columnist for The Washington Times, co-hosts “The Unregulated” podcast. He was most recently a deputy assistant to the president and deputy director of the Office of Legislative Affairs at the White House.