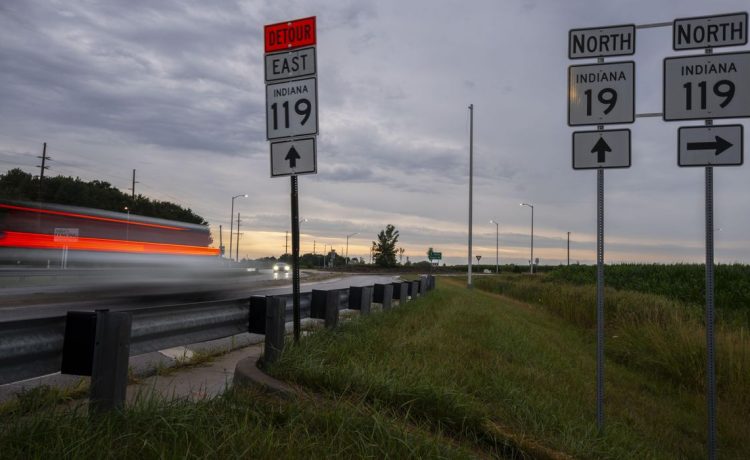 Police in Elkhart, Indiana Thursday revised their initial assessment of the August 3 fatal crash that killed Republican Rep. Jackie Walorski and two staffers: While blame for the accident was initially centered on 56-year-old Edith Schmucker, accused of crossing the center line and hitting Ms. Walorski’s car, eyewitness and video evidence showed that the car carrying Ms. Walorski and driven by an aide actually caused the wreck.

The crash is one of several head-on collisions this summer that have put a spotlight on one of the leading causes of fatal car accidents, which are also among the more difficult kinds of accidents to investigate.

Head-on collisions between two motor vehicles have risen over the past decade and now account for 10.2% of fatal crashes, according to data provided by the National Highway Traffic Safety Administration.

The number of overall traffic fatalities has also increased over the past decade, accounting for the corresponding increase in head-on crashes.

In 2020, only angled collisions and collisions with pedestrians caused more traffic fatalities than head-on collisions.

Two serious head-on car wrecks occurred in the past week.

In addition to the accident that killed Ms. Walorski and three others in Indiana, seven people, including a mother and her four children, were killed when a wrong-way driver slammed into their van in McHenry County, Illinois. Police have not determined why Jennifer Fernandez, 22, suddenly turned around and started driving on the wrong side of the road. She was also killed in the crash as well.

The causes of head-on collisions vary, according to David Zuby, the chief research officer for the Insurance Institute for Highway Safety.

The crash that killed Ms. Walorski and three others remains under investigation, but police say they now have concluded that the car carrying Ms. Walorski crossed the center line and struck Ms. Schmucker’s car.

“Crossing the center line can come about due to inattention or distraction,” Mr. Zuby said. “The other cause is a driver intentionally trying to pass slower moving traffic.”

Mr. Zuby said the IIHS recently conducted a study to determine why drivers inadvertently move out of their lane and found that in 30% of cases, the driver became incapacitated.

“They fell asleep, they were drunk, they were on drugs, or they suddenly became ill, such as having a heart attack,” Mr. Zuby said.

It can be difficult to determine the cause of head-on crashes, Mr. Zuby said, in part because there may not be any surviving witnesses and investigators may not have enough time to analyze the crash site.

“It’s easier to figure out what happened if the investigation can be done with the vehicles still at their final resting places, but often there is a need to clear the scene quickly so as not to interfere with traffic,” Mr. Zuby said.

The Elkhart County Sheriff’s Office got it wrong, initially.

They now say that Ms. Schmucker, in a maroon Buick LaSabre, was driving in the southbound lane and Ms. Walorski’s Toyota RAV 4, driven by aide Zachary Potts, 27, crossed the center line from the northbound lane “for reasons unknown at the time,” and the two cars collided. Another aide in Ms. Walorski’s car, Emma Thomson, 28, was also killed.

The sheriff’s office would provide no further comment when contacted by The Washington Times but is seeking additional information and witnesses to the crash.

Ms. Walorski was the top Republican on the House Ethics Committee and a leading GOP lawmaker on the powerful Ways and Means panel. She had served in Congress for a decade.

Condolences also poured in for the two young aides, and to the Facebook page of Ms. Schmucker, a mother of three who worked in a senior living center.

Friends were angry Ms. Schmucker was initially blamed for the crash.

“I’m struck by how unfair it is that Edith was blamed for causing the car crash and killing the congresswoman (and two others) when it was their car that caused the accident and killed Edith,” Ky Gress wrote. “Edith isn’t even mentioned in the national news media. This is really disrespectful and unjust. I hope Edith’s family knows that people are noticing this disparity.”