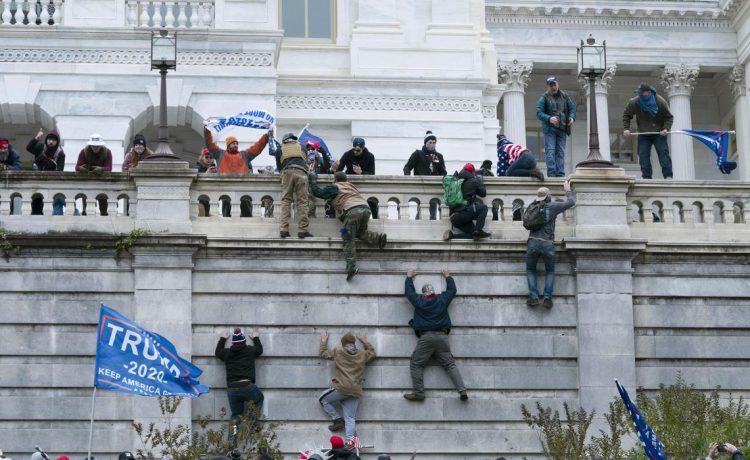 Ray Epps, the Arizona man who several Republican lawmakers have speculated was a federal informant who was present during the attack on the U.S. Capitol, told the House Jan. 6 Committee that he had no contact with law enforcement before or during the riot.

Mr. Epps said in his January deposition before the committee that he booked his trip to Washington at the last minute to accompany his son at planned rallies protesting the election results after his wife raised concerns about his safety.

“My wife found out that Jim was going, and she insisted that I go because there was a lot of hype,” Mr. Epps said, according to transcripts released by the committee Thursday. “There was a lot of stuff going on at the time, so she was worried for his safety, and so we decided to make arrangements so that I could be there.”

At several points throughout the deposition, committee investigators also pressed him on whether he was working on behalf of law enforcement.

“At any point on Jan. 5 — so we’ve asked you this question about Dec. 27 through Jan. 4, but now let’s just focus in on Jan. 5,” the committee probed at one point during the deposition. “Did you coordinate or speak with any law enforcement officials from the FBI?”

“No, sir,” Mr. Epps replied, adding when asked that he had also had no contact with the Washington Metropolitan Police Department, the CIA or the National Security Agency.

“Any other law enforcement officials, other than the other folks you mentioned earlier, you might have interacted with at the plaza as you were de-escalating?” the committee probed further.

Speculation surrounding Mr. Epps’ alleged work as a federal informant began to swirl after he was identified in a Jan. 5, 2021, video encouraging rallygoers to enter the Capitol the next day.

In another video from outside the Capitol on Jan. 6, Mr. Epps is seen whispering to a rioter immediately before the individual tore down a police barricade.

There is no evidence that Mr. Epps entered the Capitol and there is no video footage showing him engaging in any acts of violence.
Mr. Epps was briefly listed on the FBI’s list of individuals wanted for questioning in connection with the riot before his name was later removed without explanation.

Mr. Epps was never charged with a crime stemming from his involvement in the riot.

Mr. Epps told the committee that he was attempting to calm tensions among rallygoers that had gathered in downtown Washington on the eve of the riot. He said a group of agitators were attempting to incite violence with the police when he approached the group.

“I tried to de-escalate it,” Mr. Epps told the committee. “I went over to the guy that calls himself Baked Alaska and had words with him, that this was not what we’re about. We need to stay focused.”

During the encounter, which was captured on video, he shouted to the group that they should go into the Capitol to protest the election results on Jan. 6, adding that he may get arrested for saying that.

When pressed by the committee, Mr. Epps said he was under the impression that the Capitol was open for visitors, and that he was proposing that they enter peacefully.

Rep. Adam Schiff, California Democrat and member of the committee, pressed Mr. Epps about his explanation.

“What made you think that you might get arrested for urging people to go into the Capitol if you believed the Capitol was open,” Mr. Schiff asked.

“I don’t know,” Mr. Epps said. “It was the heat of the moment thing. I was trying to find some common ground with these people and change their minds. It shouldn’t have been said, but I said it.”

Mr. Epps also explained that while on the Capitol grounds during the riot, he attempted to keep the increasingly agitated mob of protesters from breaching the police barricades.

“The Capitol is the people’s house and the rotunda — people can go into the rotunda and — and see what’s happening there. My vision was, get as many people in there as we can and surround it, be there, let them know that we’re not happy with the — with what — what has happened, and that was it. No violence,” he said. “I never intended to break the law. It’s not in my DNA. I’ve never — I’m sure you’ve looked up my record. I don’t break the law.”

Despite that explanation, text messages uncovered by the committee revealed that he told his nephew that he had “orchestrated” the riot.

When pressed by the committee, Mr. Epps said he was not aware that a full-scale riot had broken out when he sent the text.

Several Republican lawmakers from both chambers have raised questions about whether Mr. Epps worked with federal law enforcement officials, but those officials have remained tight-lipped.

Jill Sanborn, assistant director of the FBI’s national security branch, said she could not “go into specifics of sources and methods” when confronted with a tense line of questioning by Sen. Ted Cruz of Texas at a Judiciary Committee hearing in January 2022.

Mr. Epps told the committee that the unwanted attention has wreaked havoc on his family.

“We had a tour bus come by our home and our business with all these whacked-out people in it,” he said. “There are good people out there that was in Washington. Those aren’t the people that’s coming by our house. This attracts — when they do this sort of thing, this attracts all the crazies out there.”