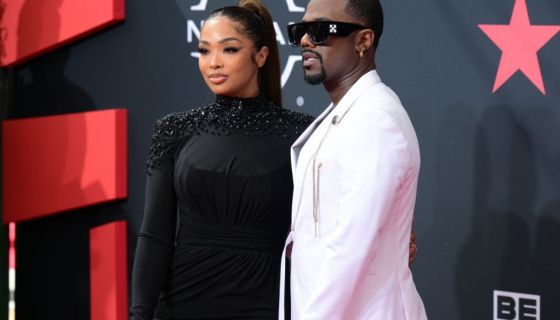 Ray J isn’t happy with blogs implying Princess Love only had threesomes to make him happy…even though that’s a direct quote from Princess herself. 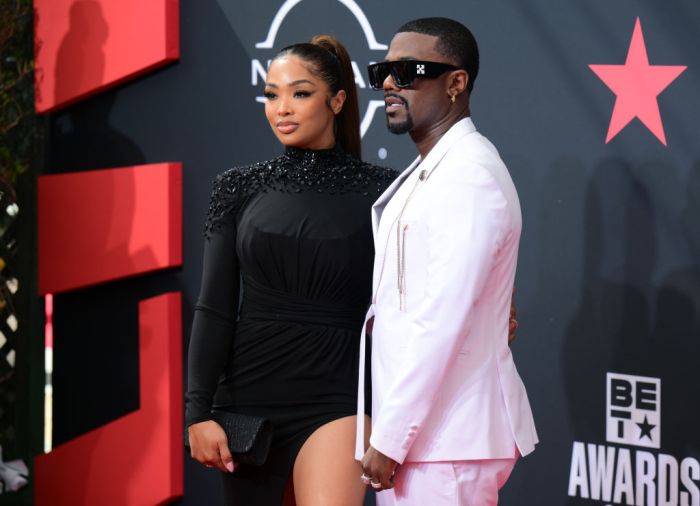 On a new episode of Love & Hip Hop: Miami, Love revealed that she’s had threesomes in the past for the sake of her estranged husband and his happiness.

In a clip from the series, Princess can be seen arguing with Ray J about their divorce, also mentioning the pressure of trying to keep up with his seemingly insatiable appetite for a new sexual adventure with or without her. In response to her concerns, Ray J fired back at the cheating allegations by insisting that she was always right there with him every time he engaged in a sexual act with another woman.

“Anything I’ve ever done, you’ve done it with me,” he shouted at the mother of his two children.

She went on to say that she can’t keep “sacrificing” herself and her sanity trying to be something that she’s not to “make him happy.”

After The Shade Room posted this video along with a headline explaining exactly what happens in the clip, Ray J was quick to hop into the comments with some criticism. Oddly enough, he had nothing to say about the clip itself, but the headline…despite the fact that they used Princess’ words, verbatim.

“To make me happy? Blog Headlines Matter!” Ray J commented. “Wish y’all could stay neutral on the headline – but It’s life— I’ll take all the negativity— we family for life so I’ll be wrong all the time. – I love @princesslove – I’ll never love again- period.”

We already know these two and their on-again, off-again marriage are toxic, and yet, there’s always more ridiculousness to be discovered.

As previously reported this latest bit of toxicity comes after Ray J told his estranged wife that strippers and prostitutes “don’t count” when it comes to cheating.

“You tried to f**k b***hes the day we got married,” Princess Love said on a recent episode of #LHHMIA.

“No I didn’t,” said Ray J denying the accusation. “Stop lying to yourself.”

“And it’s always been strippers and prostitutes,” said Princess Love.