The Great Days > News > Ready or not? DHS contradicts itself on looming border surge
News

Ready or not? DHS contradicts itself on looming border surge 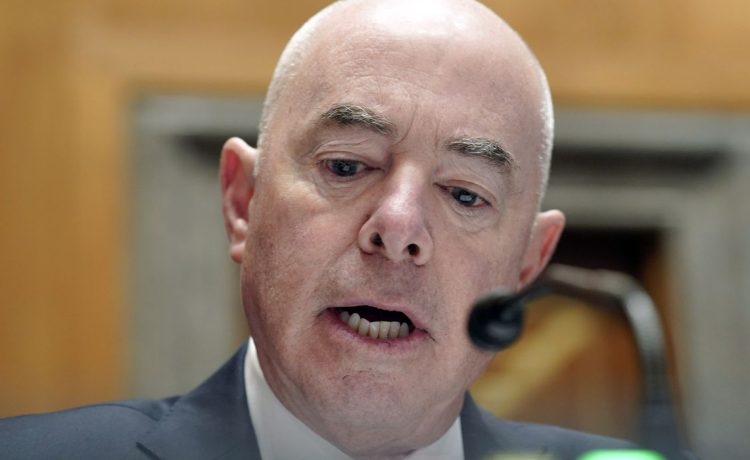 Homeland Security officials promised a top Republican senator’s staff that they would be prepared to handle a border surge the moment the Title 42 pandemic policy ended.

So why, Sen. James Lankford wonders, did the department then ask a federal judge for a five-week delay in his order ending Title 42?

“I am very concerned that DHS has not been forthright with me and with Congress its projections of the surge that will occur when Title 42 is terminated and its enforcement posture moving forward,” the Oklahoma Republican said in a letter Monday to Secretary Alejandro Mayorkas. “DHS has yet to brief Congress regarding its plans on December 21, 2022, leaving us with a series of contradictory statements and vague policy initiatives to rely on while the border careens toward a truly historic crisis.”

Mr. Mayorkas’s struggles to handle the past 22 months of border chaos have left Mr. Lankford, the top Republican on the border subcommittee of the Homeland Security and Governmental Affairs Committee, fretting over the end of Title 42, which the department itself has previously projected could more than double the already record levels of illegal border traffic.

But the department now says it doesn’t stand by the 18,000 number any longer.

“The metric of 18,000 encounters per day was designed for planning purposes to describe a scenario in which termination of Title 42 on a target date would cause encounters of noncitizens from numerous countries to surge to levels beyond the highest ever observed. It does not reflect the number of encounters CBP anticipates seeing,” Homeland Security told Mr. Lankford’s committee in a recent memo.

The senator said those new claims contradict public statements from department officials, including ones made under oath at a committee hearing.

Mr. Lankford asked for a response by the end of this week, with the policy changes looming for Dec. 21.

The Washington Times has reached out to Homeland Security for this story.

Title 42 was implemented by the Trump administration as a way to limit the spread of the coronavirus from illegal immigrants.

It allowed the migrants to be quickly expelled, rather than putting them through a more lengthy process and giving them a chance to make claims of protection that could earn them years of tentative status in the U.S. while those cases are proceeding.

Without Title 42, migrants will have a better chance of gaining that foothold and Homeland Security anticipates many more will make the attempt.

The Biden team, while ditching other get-tough Trump policies, initially kept Title 42 in place before moving earlier this year to nix it. One federal judge blocked those plans, but another judge on Nov. 15 ordered the policy be shut down.

Biden officials then pleaded for a five-week delay in that order, which the judge reluctantly granted.

Mr. Lankford says that is odd, because when he visited the Southern Border Coordination Center this summer “multiple officials” told him the department was ready for the end of Title 42. One specifically said they would be ready “tomorrow.”