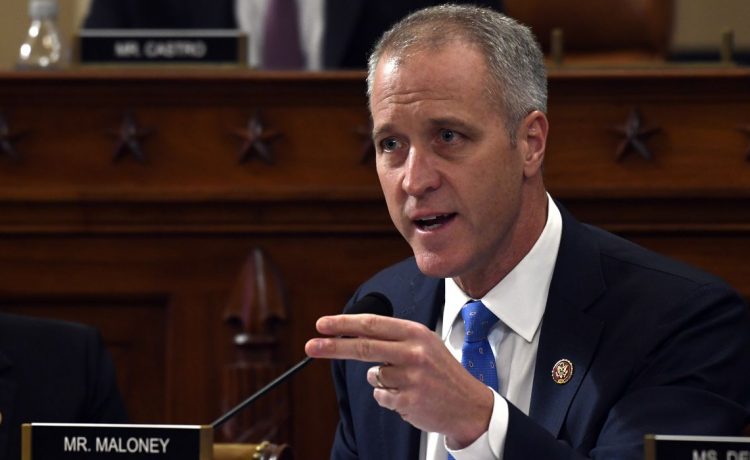 Rep. Sean Patrick Maloney, who is leading his party’s effort to elect more House Democrats, is now in more perilous waters for his own reelection race with just two weeks before Election Day.

The nonpartisan Cook Political Report on Monday shifted the race between Mr. Maloney and GOP challenger Mike Lawler from “lean Democrat” to a “toss-up.”

The difficult reelection run for Mr. Maloney, the chairman of the Democratic Congressional Campaign Committee, underscored the troubles his party faces from coast to coast as it tries to hold on to a thin House majority in the Nov. 8 elections.

“This race is and always has been competitive, just like the five others that Rep. Maloney has won,” she said. “While MAGA Mike Lawler is alienating voters left and right with his anti-choice extremism and open use of racism and antisemitism, Rep. Maloney is campaigning on his strong record of results for the Hudson Valley.”

“That should come as no surprise with a candidate who championed cashless bail, raised taxes on the middle class, and who seems to spend more time partying in Europe than he does in his own district,” he said. “Now, he’s going to selfishly raid funds raised for other candidates for his own faltering campaign. Maloney’s in a genuine spiral.”

The new rating from Cook comes just days after both parties’ internal polls showed a dead heat between Mr. Maloney and Mr. Lawler, who is a state assemblyman.

Following a redistricting battle in the state, Mr. Maloney left his old 18th Congressional District to run in the 17th District, where his Putnam County residence is located. Cook Political Report’s David Wasserman noted the congressman is new to more voters in this district.

“The new 17th CD would’ve voted Biden +10 in 2020, a few points bluer than Maloney’s current Biden +5 18th CD to the north,” Mr. Wasserman writes. “But it also includes plenty of constituencies totally new to Maloney, limiting the benefits of his incumbency.”

Although Mr. Maloney has outraised Mr. Lawler $4.7 million to $919,000 this campaign cycle, the GOP’s super PAC, the Congressional Leadership Fund and the National Republican Congressional Committee have outspent Democratic organizations $3.5 million to $384,000 on this race so far.

Mr. Lawler caught GOP leadership’s eye back in July when he was first added to the “On the Radar” slate of candidates, the first rung of the GOP’s Young Guns fundraising program.

He is running on a law-and-order and pocketbook campaign, like many Republicans across the state and the country.

Those issues also are animating GOP voters and independents to vote in the gubernatorial election between Democratic incumbent Gov. Kathy Hochul and Republican challenger Rep. Lee Zeldin. A turnout boost in the governor’s race could impact the Maloney-Lawler showdown, according to analysts.

If Mr. Maloney is defeated, it would be the first time a sitting House campaign chairman lost reelection since 1992, when National Republican Congressional Committee Chair Guy Vander Jagt lost his primary. A sitting chair hasn’t lost a general election since 1980 when DCCC Chair Jim Corman was defeated in California.