Refusal to hate, engaging with others, drives Sikhs decade after shooting attack 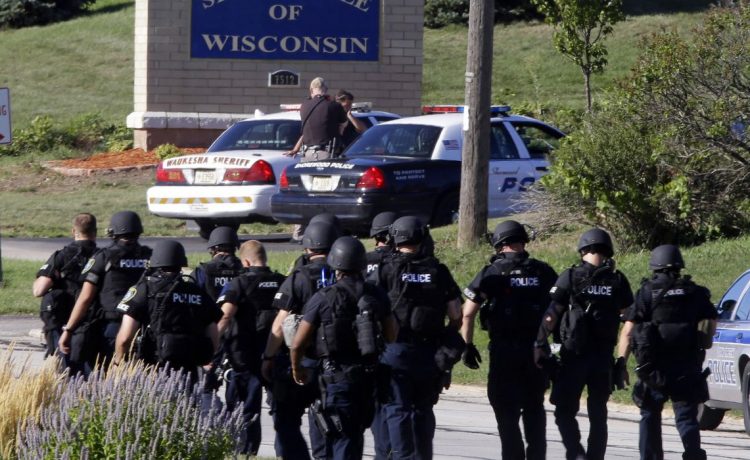 Education, cross-cultural engagement, and refusing to hate are what the 500,000 Sikhs in the United States are doing as they face a grim anniversary — the spasm of violence that killed six worshipers and wounded four others at a gurdwara, or temple, in a Milwaukee suburb ten years ago, a community leader said.

The assailant, a white supremacist named Wade Michael Page, turned his handgun on himself after a police officer shot him in the hip. The attack is seen by many as the first in a spate of shootings that followed at houses of worship, churches and synagogues across the country in the coming years.

While the exact motives for the attack in Oak Creek, Wisconsin, died with the attacker, the incident again focused attention on the Sikh religion, believed to be the world’s fifth-largest faith, with an estimated 25 million to 30 million adherents worldwide.

Because male followers wear a turban and a beard as indicators of their faith, some have misidentified Sikhs, who have been subjected to bullying and worse in the aftermath of the Islamist-led 9/11 attacks on the United States. Four days after the 2001 attack, Balbir Singh Sodhi, a 52-year-old gas station owner in Mesa, Arizona, died in what is believed to have been a “reprisal” shooting for the attacks on the World Trade Center and the Pentagon.

The FBI, which began tracking anti-Sikh hate crimes in 2015, reported 67 documented incidents in 2020, the latest year for which statistics are available. One analysis noted Sikhs were targeted at more than four times the national average.

Sodhi’s death, the Oak Creek shootings, and persistent bullying and prejudice against Sikhs have only increased the community’s resolve to meet hate with love, said Harman Singh, senior education manager for The Sikh Coalition, a 20-year-old advocacy group.

“We look to our communities, we look to our religion, we look to our faith, and it continues to drive us to advocate for a world where folks of all backgrounds, all ethnicities, all religions, all identities are able to feel safe, feel welcomed, and feel like they’re celebrated in their community and not just tolerated,” Mr. Singh said in an interview.

He said 67% of turban-wearing Sikh public school students reported being bullied in schools, “more than two times the national rate.”

In response, the coalition is lobbying to have education about Sikhism included in school curricula across the country.

“When folks are miseducated, when folks don’t learn about other communities, when folks are not aware of the vibrancy of their community and folks of different backgrounds, it oftentimes does lead to hate festering and developing in young people,” Mr. Singh said.

He said that increasing education can overcome the “hate, intolerance and ignorance” that is at the root of these attacks.

“The greatest thing folks can do to build these bridges is have conversations, to build relationships with [those] who may not look like you, who may come from a different place than you do,, who maybe have different beliefs than you, but to really have those conversations and build those relationships in a genuine way,” Mr. Singh said.

At the same time, Sikhs also approach difficulties with an attitude of positivity called “chardikala,” which Mr. Singh said is defined as “eternal optimism even in the face of adversity.”

Sikhs are also lobbying the Biden administration to support the Nonprofit Security Grant Program Improvement Act, and to ensure federal resources are available to houses of worship that seek to prepare for emergencies and secure themselves against attack, according to a coalition announcement.

“In the decade since Oak Creek, not enough has changed — and it has been so difficult to watch other communities go through what we went through,” Harpreet Singh Saini, who lost his mother Paramjit Kaur Saini in the Wisconsin shooting, said in a statement. “We cannot and should not accept that hate violence is a ‘normal’ part of life in our country, which is why we all must continue our work in advocacy, education and community-building.”