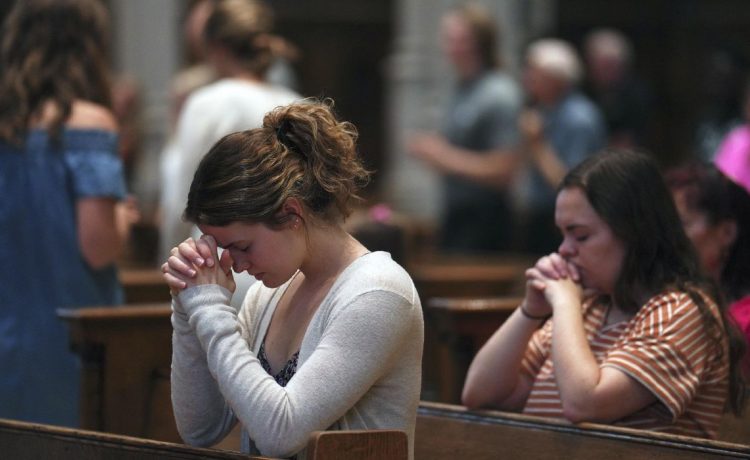 Religious intolerance is on the rise in the United States and other Western nations, the Family Research Council said Thursday.

The evangelical Christian group’s Center for Religious Liberty released a report titled “Free to Believe? The Intensifying Intolerance Toward Christians in the West.”

After surveying conditions in 34 Western countries, the report detailed 99 incidents in 14 nations. The group cited “alarming displays of secular intolerance” toward religion.

FRC said it used open-source documents, reports and media coverage from 34 nations to compile data from January 2020 through June.

The bulk of the incidents cited in the report centered on pandemic-related shutdowns and restrictions. In the United States, Canada, and the United Kingdom, the FRC said.

Congregations were closed, fines levied and in some cases pastors arrested or cited for conducting worship and street meetings, while similar-sized retail establishments and cannabis dispensaries were allowed to operate.

“Religious freedom is the foundation for the human rights that Western democracies seek to promote abroad,” said FRC President Tony Perkins in a statement. “Yet, the ability to promote this fundamental human right will be lost if we do not protect it within our borders,” he added.

“The rise of government abuse extended beyond those related to the pandemic. These abuses are alarming for Christians around the world who seek to freely practice their faith in the public sphere,” he added.

Other incidents cited by the group include an official complaint by the French government when a local broadcaster aired a pro-life film.

A government statement, the FRC said, “firmly condemned” the “despicable anti-abortion propaganda tool” that it claimed, “goes against the government’s values.”

In Germany, a Christian pastor and his wife were charged with immigration violations for providing sanctuary after a young Iranian woman’s asylum application was rejected, the report indicated. The woman would have been separated from her husband, who did receive asylum, the group said.