The Great Days > News > Rep. Adam Kinzinger: Trump should comply with Jan. 6 committee subpoena if ‘he has nothing to hide’
News

Rep. Adam Kinzinger: Trump should comply with Jan. 6 committee subpoena if ‘he has nothing to hide’ 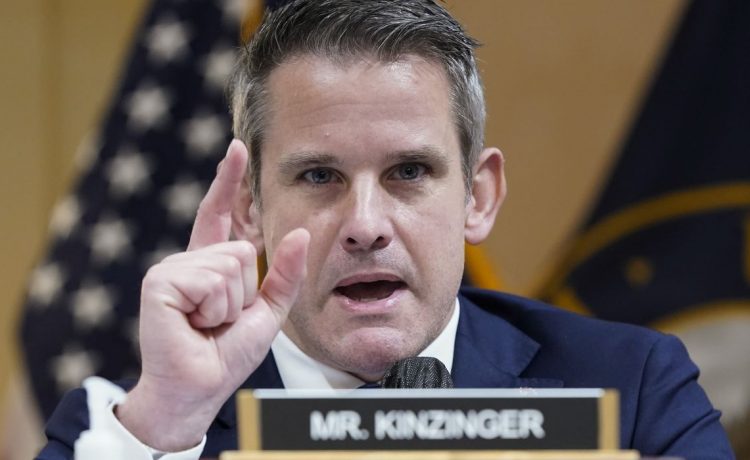 Rep. Adam Kinzinger says Donald Trump should comply with the Jan. 6 committee’s subpoena for testimony and documents about the U.S. Capitol riot if the former president “has nothing to hide.”

The nine-member panel voted unanimously last week at the end of what was likely its final public hearing to subpoena Mr. Trump, a move he lashed out at in a 14-page response that did not include an official refusal to comply.

“He’s made it clear he has nothing to hide,” Mr. Kinzinger, Illinois Republican, said on ABC’s “This Week.” “So, he should come in on the day we ask him to come in. If he pushes off beyond that, we’ll figure out what to do next. Granted, this is not an unprecedented move by Congress, but we recognize this is a big deal. This is a big move.”

The outgoing lawmaker demurred on whether the panel and the Justice Department should pursue criminal contempt charges if Mr. Trump thumbs his nose at the committee in its final few months, despite reports that the ex-commander in chief is intrigued at the notion of sparring in person with the committee for all to see.

“That’s a bridge we cross if we have to get there. We will recognize the fact that because of the committee only being able to exist to the end of this congressional year, we’re at a bit of a time limit here,” Mr. Kinzinger said. “As we’re wrapping up the investigation, we’re also pursuing new leads and facts, and we want to speak to the [former] president.”

Mr. Trump lauded the Capitol rioters as “great American Patriots” in his lengthy written response to the committee and labeled its members “highly partisan political Hacks and Thugs whose sole function is to destroy the lives of many hard-working American Patriots, whose records in life have been unblemished until this point of attempted ruination.”

He also called the investigation a “Charade and Witch Hunt” and repeated that the focus should instead be on supposed fraud in the 2020 election.

In last week’s hearing, the panel aired never-before-seen footage detailing the frantic pleas for assistance from congressional leaders to top government officials during the riot as Mr. Trump remained silent for several hours.