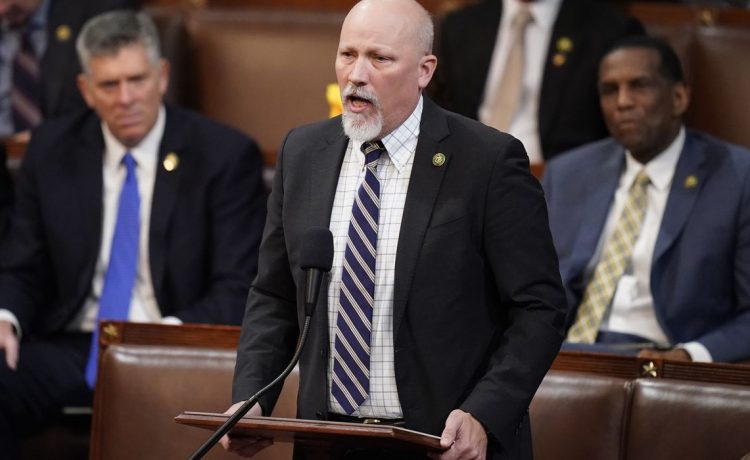 During an interview on radio’s WMAL’s “Morning on the Mall, Mr. Roy, Texas Republican, told hosts Larry O’Connor and Julie Gunlock that Mr. Gingrich, who was House speaker from 1995 to 1999, doesn’t know what he’s talking about.

On @wmaldc‘s “O’Connor and Company” radio program this morning, the House Speaker debate got heated. Former Speaker @newtgingrich says the opponents to McCarthy are “blackmailing the country” and @RepChipRoy clapped back https://t.co/8EX6rS6wG9

“If Newt Gingrich wants to pick up the phone and call me, then he might actually know the facts. You might have been speaker 25 years ago, but you don’t know the facts right now and you’re parroting the talking points that are being shoved through the system in this town, that are being fed by the big spending machine that has been driving this country into the ditch,” he said.

“I don’t have any time for listening to fossils, sitting on Fox News, making their money on their contracts, coming out and talking about things they don’t know anything about.”

The House remains without a speaker and without House members sworn into a new Congress after four rounds of voting since Tuesday. The stalemate leaves the party in chaos and the chamber in limbo for the first time in 100 years.

During an appearance on “Fox & Friends” Wednesday morning, Mr. Gingrich said the 20 Republican holdouts were throwing a “temper tantrum.”

“On the votes yesterday, they were losing 202 to 20. And in a healthy, free society, you’d figure a 202 to 20 vote tells you something. But this 20 has gotten together and decided that they cannot only blackmail the Republican conference,” he said. “In effect, they’re blackmailing the American people. Remember, we didn’t get the vote yesterday to repeal the 87,000 IRS agents.”