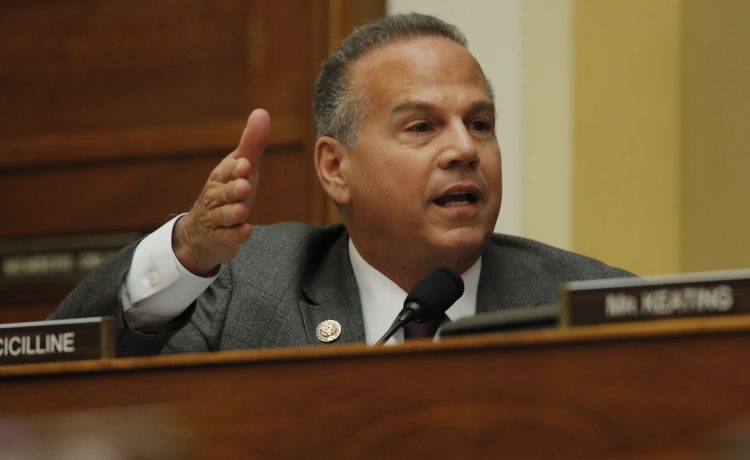 One of the House Democrats’ impeachment managers really doesn’t want to go through another Trump administration.

Rep. David Cicilline, Rhode Island Democrat, has sent a letter to his Democratic colleagues asking for co-sponsors on a bill that would bar former President Donald Trump from ever holding federal office “for leading an insurrection against the United States.”

Mr. Cicilline said Section 3 of the 14th Amendment means Mr. Trump has “forfeited his right to ever hold federal office again.” The provision was intended to keep rebel Confederate officials from holding U.S. government posts after the end of the Civil War.

“This language in our Constitution clearly intended to bar insurrectionists from holding high office in the United States,” Mr. Cicilline wrote, according to a Fox News report.

Mr. Cicilline circulated his letter among Democrats in the hours before Mr. Trump’s Tuesday night announcement of a 2024 presidential run.

“Given the proof – demonstrated through the January 6th Committee Hearings, the 2021 impeachment trial, and other reporting – that Donald Trump engaged in insurrection on Jan. 6 with the intention of overturning the lawful 2020 election results, I have drafted legislation that would prevent Donald Trump from holding public office again under the 14th Amendment,” he wrote.

No federal official has been barred from office based on this provision as applied to the Jan. 6 riots, despite liberals’ efforts to bar Republican Reps. Marjorie Taylor Greene of Georgia and Madison Cawthorn of North Carolina from running.

One federal judge in New Mexico did remove Otero County Commissioner Couy Griffin over the amendment’s clause. That was the first successful use of the provision since 1869.

Mr. Cicilline’s legislation is not the first effort planned by liberals to use the provision against Mr. Trump.

Citizens for Responsibility and Ethics in Washington, a liberal-leaning watchdog group, warned Mr. Trump earlier this month that it would sue to keep him off the ballot should he run for president in 2024.

It’s not clear whether, or how, Mr. Cicilline’s legislation would prevent Mr. Trump from taking office if he were to run and win anyway.

The chance that the expected Republican-led House in January would take up the bill or that it could break a Senate filibuster then, or now in the lame-duck Congress, seems extremely unlikely.