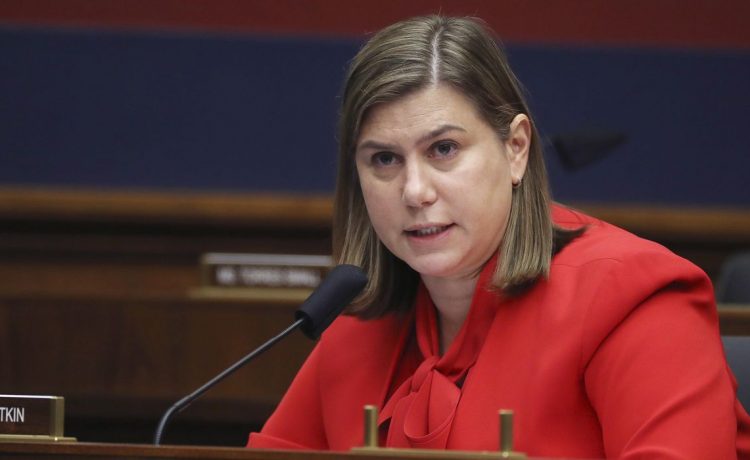 Rep. Elissa Slotkin, Michigan Democrat, said Sunday that her party needs fresh faces among its aging leaders and that voters have “rightful skepticism” about Democratic policies that may have exacerbated inflation.

Ms. Slotkin, who’s in a competitive race for re-election, said she’s ready to support President Biden if he follows through on his promise to run again but stressed that it’s time for change within the Democratic Party.

“I have been very vocal, including with my own leadership in the House, that we need a new generation, we need new blood — period — across the Democratic Party in the House, the Senate and the White House,” she said on NBC’s “Meet the Press.” “I think that the country has been saying that. And I’m one of a handful of members of Congress who hasn’t voted for Nancy Pelosi as speaker. I’ve said I think we need new leaders.”

Ms. Slotkin’s race against Republican state Sen. Tom Barrett has become one of the most expensive House races in the country, as forecasters rate the seat a toss-up in an election year in which the GOP is likely to regain control of the lower chamber.

Top of mind for voters is the economy, specifically the highest rate of inflation in four decades. Ms. Slotkin suggested that Democrats bear some of the blame because of a $1.9 trillion COVID-19 aid package that was passed shortly after Mr. Biden took office.

“While I think inflation is obviously a worldwide phenomenon, I’m open to the fact that we have to make decisions here in the United States. Democrats are in power, we’re in the White House, in the House, in the Senate, even if it’s slim margins. So sure, I do think that there is a rightful skepticism about, particularly, the last COVID package,” she said. “I think that’s why you’ve seen a lot of us in Congress really shy away from another COVID package, even when the White House was proposing one this past summer. So I own it.”