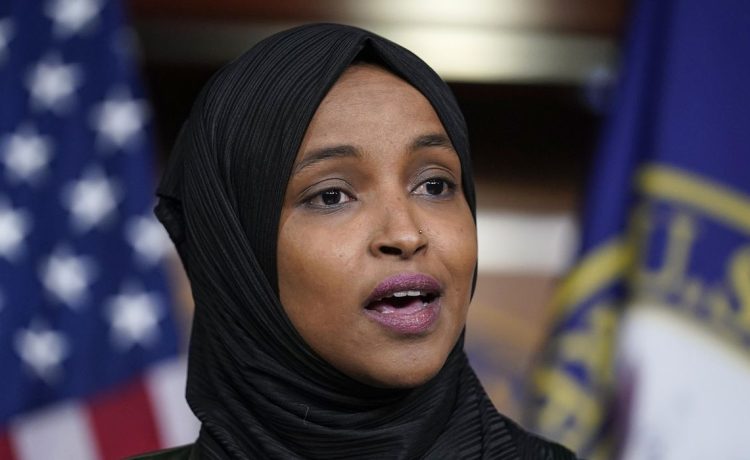 Ms. Omar told MSNBC it was appropriate for Attorney General Merrick Garland to select a special prosecutor to probe the handling of sensitive documents from the Obama administration discovered in Mr. Biden’s possession.

“I’m glad that there is a special prosecutor that’s been appointed to investigate this,” Ms. Omar said.

“You are glad that there’s a special prosecutor, tell me why,” interjected MSNBC’s Symone Sanders-Townsend.

“Because any time there is a deviance in regards to security protocols, that should be taken serious, it should be investigated,” Ms. Omar said.

A member of the House’s liberal “squad,” Ms. Omar did not want viewers to think she viewed Republicans’ outrage as legitimate. She criticized the GOP’s defense of former President Donald Trump’s handling of sensitive information as indicative of hypocrisy in the interview that aired Saturday.

“Republicans aren’t really interested in upholding the law, in following security protocols,” Ms. Omar said. “What they’re interested in is playing a political game and now only wanting to investigate Biden.”

Federal law prohibits the retention of classified documents outside secure locations without authorization, and Mr. Garland directed Mr. Hur to investigate whether anyone or any entity violated the law in the handling of the discovered classified material.