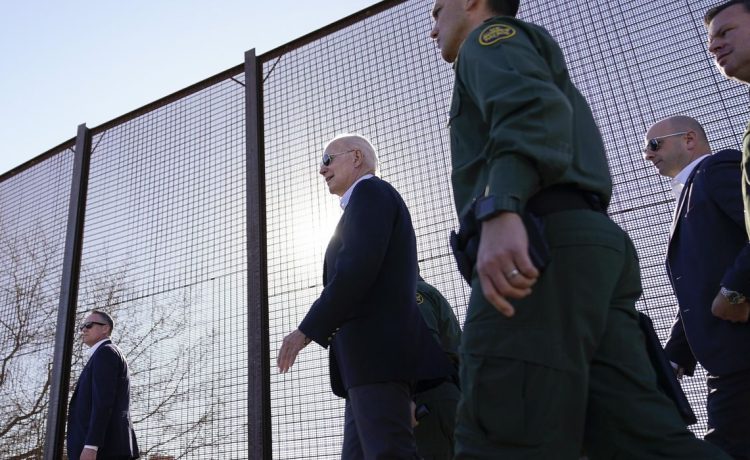 The House’s top investigator revealed a probe Friday into the attempt to cleanse El Paso, Texas, before President Biden’s first border trip earlier this month, demanding Homeland Security reveal whether it was part of the effort.

Rep. James Comer, Kentucky Republican, said Mr. Biden’s ballyhooed trip avoided any encounters with the actual chaos of the border, instead delivering a “staged version” of the border to the president that hid the realities communities are facing.

Migrant encampments that had plagued El Paso for months, and which spurred an emergency declaration by the city’s Democratic mayor, were cleared just before Mr. Biden’s visit.

And Homeland Security’s migrant processing facility, which had been bursting, was quickly cut to below its 1,000-person capacity, Mr. Comer said, citing news reports.

In a letter to Secretary Alejandro Mayorkas, the chairman of the House Oversight and Accountability Committee demanded the department reveal what role it had in ordering or helping sanitize the city for the president’s visit.

“The president apparently did not see a single released alien in a border town overwhelmed with illegal border crossers released by his administration,” Mr. Comer wrote to Mr. Mayorkas.

He asked Mr. Mayorkas for all internal department communications, including from the Secret Service that protects the president, about the migrants in El Paso, and any communications between the department and the city.

The demand came a day after Mr. Comer prodded Mr. Mayorkas for documents on how the new administration has run the border. Mr. Comer also announced a first border hearing early next month and invited the top Border Patrol agents in four southern sectors to testify on what they’re seeing.

Mr. Biden waited nearly two years into his tenure to make a border visit, despite the chaos erupting from his first days in office.

He said he was waiting to see what the courts would do with his attempt to end the Title 42 pandemic border expulsion policy before making a visit, though it’s tough to see a connection. If Title 42 had been erased, then experts said the border would have become even worse.

Homeland Security made a concerted effort in December to deport or transfer thousands of migrants out of El Paso.

But a day after Mr. Biden’s visit, Customs and Border Protection announced it had opened a new tent detention facility in El Paso that could hold 1,000 migrants for processing.

That nearly doubled capacity, adding to the 1,040-person facility that El Paso already had.

Mr. Biden’s visit came days after the president announced a new expulsion push for illegal immigrants from Cuba, Nicaragua and Haiti, combined with a newly created legal pathway for citizens of those countries to reach the U.S.

Those nationalities had been streaming into El Paso.

The new program seeks to convert the illegal flow to legal, which would mean many of the same people would be coming but would no longer be crowding at the border and could quickly disperse deeper into the country.