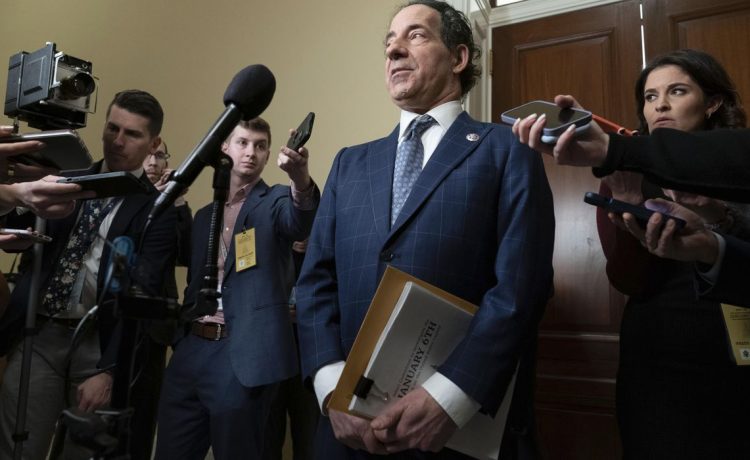 WASHINGTON — Maryland Rep. Jamie Raskin said Wednesday that he has a type of lymphoma that’s a “serious but curable form of cancer” and he is beginning several months of treatment.

Raskin, who will be the top Democrat on the House Oversight and Reform Committee in the next Congress, said he expects to be able to work through his outpatient treatment at a Washington-area hospital.

In a statement Wednesday, Raskin said he has diffuse large B-cell lymphoma and the “prognosis for most people in my situation is excellent after four months of treatment.” He said he has been advised his chemotherapy treatment will cause hair loss and weight gain.

“I am still holding out hope for the kind that causes hair gain and weight loss,” he joked.

Raskin has played a leading role in recent years as House Democrats twice impeached then-President Donald Trump and investigated Trump’s role in the Jan. 6, 2021, insurrection. He was the lead impeachment manager when the House impeached Trump one week after the attack, and he currently sits on the House committee investigating the siege. That panel issued its final report last week and is set to dissolve when the new Republican-led House is sworn in on Jan. 3.

This is the second time the Maryland Democrat has been diagnosed with cancer, as he previously battled colorectal cancer in 2010. The news comes almost exactly two years after his 25-year-old son, Tommy, committed suicide on Dec. 31, 2020.

Tommy’s death came just a week before the insurrection, and Raskin had brought his daughter and son-in-law to the Capitol that day. Through tears, Raskin spoke about their ordeal as he argued for Trump’s conviction in the Senate impeachment trial. The two hid under a desk as the violence unfolded, and his daughter later told him she didn’t want to return to the Capitol.

“Of all the terrible, brutal things I saw and I heard on that day and since then, that one hit me the hardest,” Raskin told the Senate jurors, who later acquitted Trump for a second time.

Raskin wrote a book, “Unthinkable,” about working through his trauma from both events.

Of his most recent trial, Raskin says, “I plan to get through this and, in the meantime, to keep making progress every day in Congress for American democracy.”