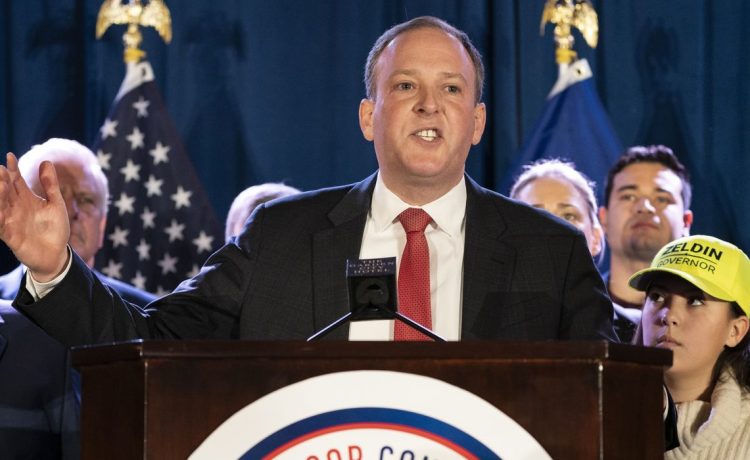 NEW YORK — Rep. Lee Zeldin, New York Republican gubernatorial nominee, is calling for an overhaul of the state parole board after the panel’s decision to parole the man convicted of killing Westchester police officer Arthur Dematte in 1976.

Anthony Blanks, 69, is expected to be released this month despite opposition from the Dematte family.

Mr. Zeldin, joined by GOP officials, is backing a proposal to raise the requirement for parole from a majority of the board to an unanimous vote.

“We must ensure that in all cases, and especially cop killers, murderers and rapists,” he told reporters at a press conference on Wednesday in White Plains, that the voices of victims and victims’ families are heard and “respected.”

Mr. Zeldin wants victims and victims’ families to be able to provide testimony that is “given due weight and that there is also a power given to victims and their families to appeal parole board decisions.”

The New York Republican suggested that his opponent, Gov. Kathy Hochul, a Democrat, “owns” the issue, despite claiming that she had no control of the parole board process as lieutenant governor, the position she held since 2015 until she became governor in August of 2021 following Andrew Cuomo’s resignation.

“This idea that Kathy Hochul became the governor in August of 2021 and before that, she was just Jane Citizen is divorced from the reality,” he said.

Republicans point to a list of cop killers who were paroled while Ms. Hochul served under Mr. Cuomo and when she became governor.

“She owns all of this, if there’s any record at all of her opposing any members of the parole board, any record of her advocating against these cop killers being released, I’m not aware of it,” Mr. Zeldin said. “Any record of her calling for the vote to be changed from majority unanimous, I’m calling for it. I’m not sure that she’s ever done it.”

The Washington Times reached out for comment from the Hochul campaign and did not immediately hear back.

The Republican congressman told reporters that if anyone “murders a cop” that individual should receive life without parole.

“I think the moral of the story is don’t murder our men and women in law enforcement. There needs to be a message that is sent right now throughout New York,” he said.

Mr. Zeldin, who is running on a law-and-order campaign, is back on the campaign trail since two teens were shot outside his Long Island residence while his two 16-year-old daughters were inside, earlier this week.