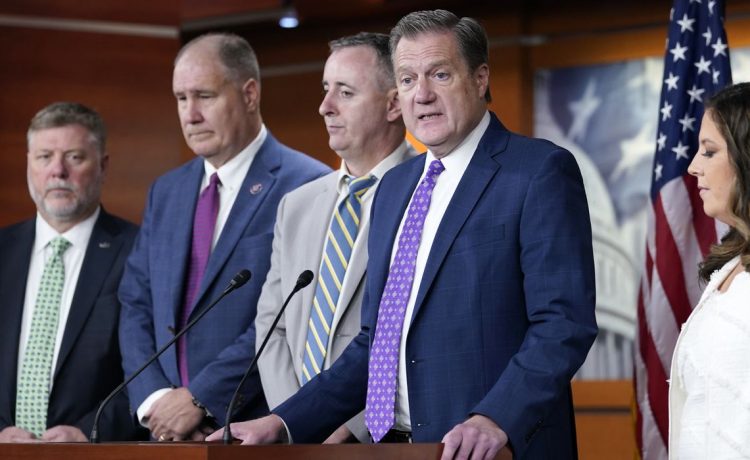 The top Republican on the House Intelligence Committee said Sunday that the FBI needs to provide greater transparency of its search of former President Donald Trump’s Florida home but that none of the parties involved should be given free passes for breaking the law.

Rep. Mike Turner, Ohio Republican, cast suspicion on the FBI’s seizure of classified documents from Mr. Trump’s Mar-a-Lago estate and has demanded that Attorney General Merrick Garland provide the information the Department of Justice used to obtain the search warrant.

The DOJ, which seized 11 boxes of classified materials, some of which were classified at the highest level, is investigating the former president for potential violations of the Espionage Act, obstruction of justice, and the removal or destruction of records.

Republicans have said that if the DOJ will not provide additional information, Democrats should issue a subpoena. Democratic leaders have not been willing to do so and instead have focused on what specific sensitive information was included in the documents.

The Washington Post has reported that among the classified files were documents about nuclear weapons programs.

Mr. Trump has blasted the “raid” as a “hoax and scam,” insisting there was no wrongdoing in his having the materials.

“Like all of the other Hoaxes and Scams that they’ve used to try and silence the voice of a vast majority of the American People, I have TRUTH on my side, and when you have TRUTH, you will ultimately be victorious,” he posted on his social media platform, TRUTH Social, on Saturday.