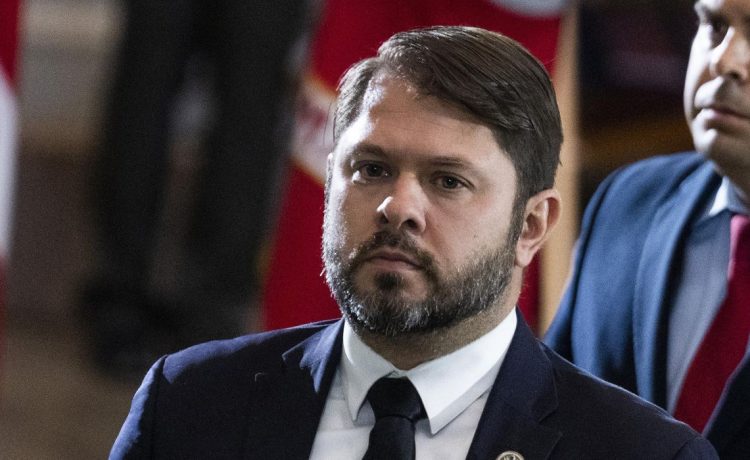 Rep. Ruben Gallego of Arizona announced Monday he is running for the Senate seat held by Kyrsten Sinema, a centrist who switched her party affiliation from Democrat to independent after the midterm elections.

Mr. Gallego, a Democrat, launched his campaign with an ad in English and Spanish that highlights his humble beginnings and tours of service as a Marine in Iraq.

“You’re the first group of people that are hearing this besides my family. I will be challenging Kyrsten Sinema for the United States Senate, and I need all of your support,” Mr. Gallego, 43, told a group of veterans in the ad.

Mr. Gallego’s decision to enter the race was not a surprise.

Democrats spoke openly about him being an alternative to Ms. Sinema, who was effectively chased from the party for refusing to abandon the filibuster and sticking to middle-of-the-road positions.

Ms. Sinema says Arizonans are fed up with partisan politics, but the progressive wing of her party got fed up with her.

Mr. Gallego portrays himself as a fighter in his announcement ad.

“Most families feel that they are one or two paychecks away from going under. That is not the way that we should be living in this country,” Mr. Gallego said. “The rich and the powerful, they don’t need more advocates. It’s the people that are still trying to decide between groceries and utilities that need a fighter for them.”

The 2024 race for the Senate seat could turn into a three-way race among Mr. Gallego, Ms. Sinema and a Republican nominee.

Some are recruiting Kari Lake, who lost her GOP bid for governor last year, to run for the Senate seat, though she is focused on a legal battle over her recent defeat to Democratic Gov. Katie Hobbs.